We drove from Saumur to Bordeaux and arrived at our hotel around 7pm – Val promptly passed out cold and didn’t wake up till 11 a.m. the next day – guess the jet lag finally caught up with her. Chris stayed up to finish reading ‘A Million Little Pieces’ – jet lag or not, he couldn’t put that book down. If you haven’t already read it, do so now!!

First impressions of the city: it is super old. According to the internet, the city has long been know as La Belle Au Bois Dormant – Sleeping Beauty. She certainly looks like she’s been asleep for centuries. The majority of the buildings/architecture appear to be original and have the very weathered look that comes along with centuries of various weather conditions. A pressure washing company could make millions here and bring the city to a shiny new day.

The patina on the buildings adds to their charm though. They’re connected in odd ways, with some having incredibly ornate iron balcony railings, askew wooden window shutters, and quite a few paint their doors varying shades of blue. We took a few black & white photos because somehow it seemed to suit and it brings out the old-world beauty more. 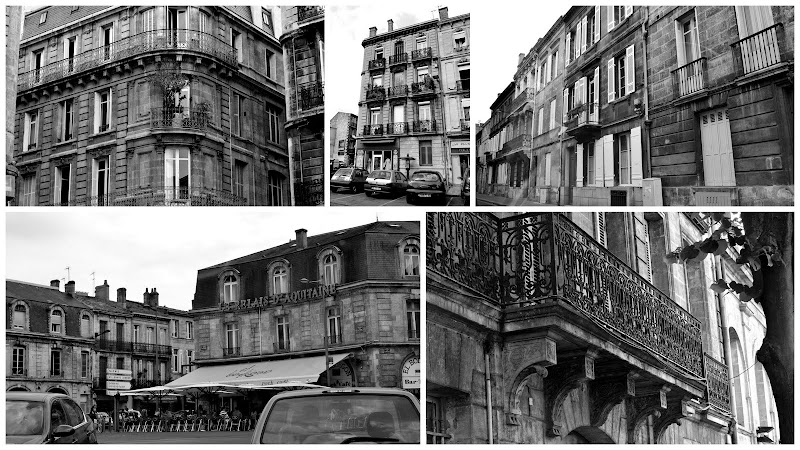 We’ve done quite a bit of walking and driving around the city – the alleyways and streets are connected through various public squares. The tallest structure in the city, which stands well above the typical three-story building, is the Basilica St. Michel. Its undergoing renovation and it’s fascinating to see how the parts that haven’t been touched are a greyish black but the renovated facade is a pale yellow – we can’t imagine how long it will take to renovate that whole structure and wash away centuries of weathering. 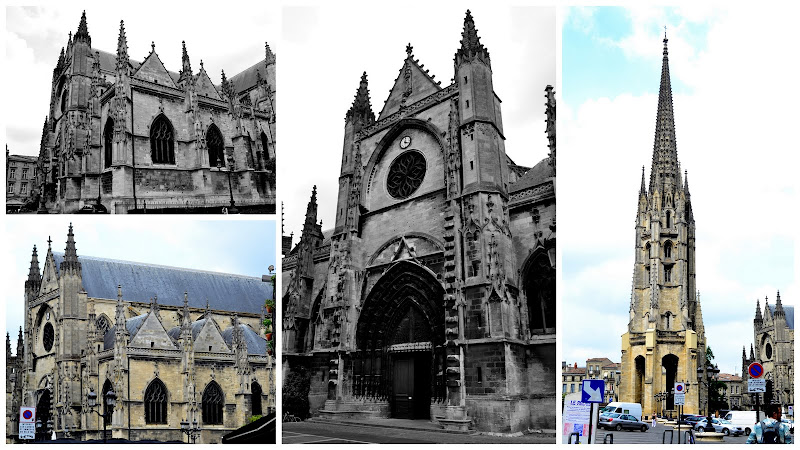 Our first night we slept right through dinner, on the second night we went to Port de la Lune for dinner. Our eyes were definitely much bigger than our stomachs, as we ordered the cote du bouef which was 1.2 kg! For those that are too lazy to Google the conversion, that’s almost 42 ounces or 2.66 lbs!!! Lesson learned – pay closer attention to what’s written on the menu. Tonight we dined at Cafe du port, which is on the other side of the Garonne River. Imagine the Garonne is like the Hudson River separating NJ and NY – so the restaurant was on the NJ side and we got a gorgeous view of the river, bridge and the old city of Bordeaux. 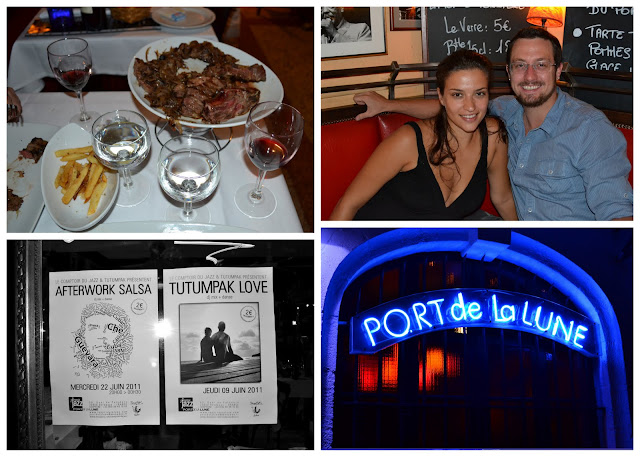 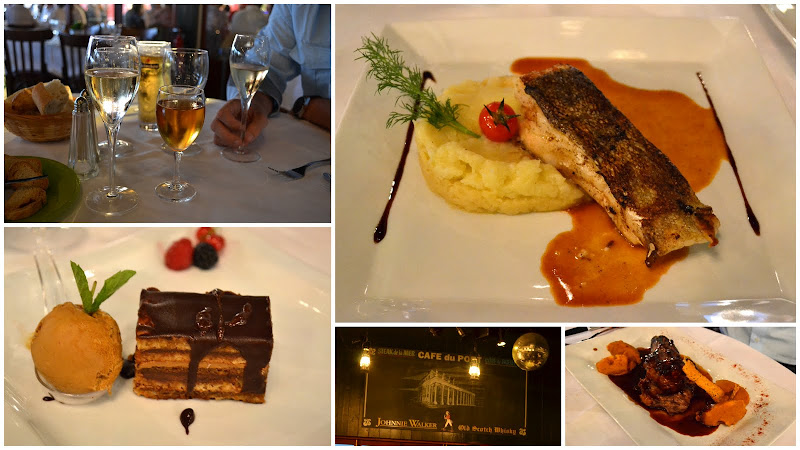 Tomorrow we head to Saint Emillion which we’ve been recommended by several people, so we’re very excited to explore it!! 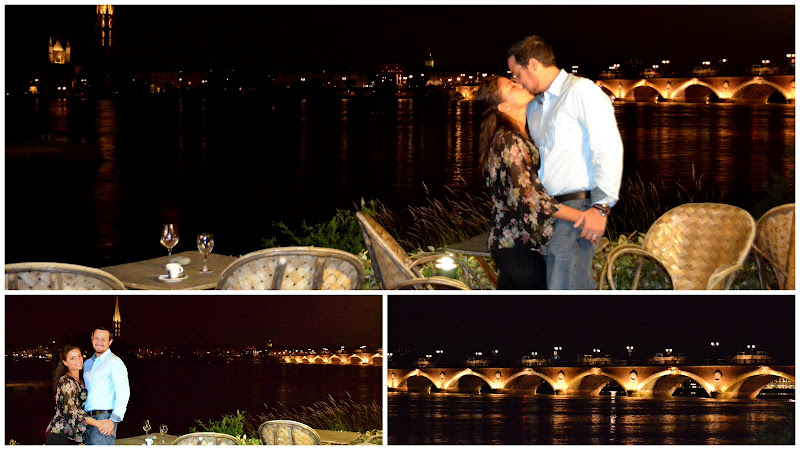