We had a short stopover in Marbella, where we basically did nothing except marvel at all the grand resorts, large mansions, and manicured golf courses. We stayed at a resort with a nice pool where we lounged for a few hours and then dined in the old center at a quaint Italian restaurant.The next morning we headed towards Madrid and made a pit stop in Granada for lunch. We made it to Madrid just fine and stayed in for the night so that Val could nurse her back with muscle relaxers and sleep – all those shitty mattresses finally caught up to her.

Yesterday was our first day exploring Madrid – on the agenda was the Parque del Buen Retiro and the Prado Museum. The park is Madrid’s smaller version of Central Park. There’s a small pond where you can rent row boats, a crystal palace, and a beautiful-smelling rose garden. 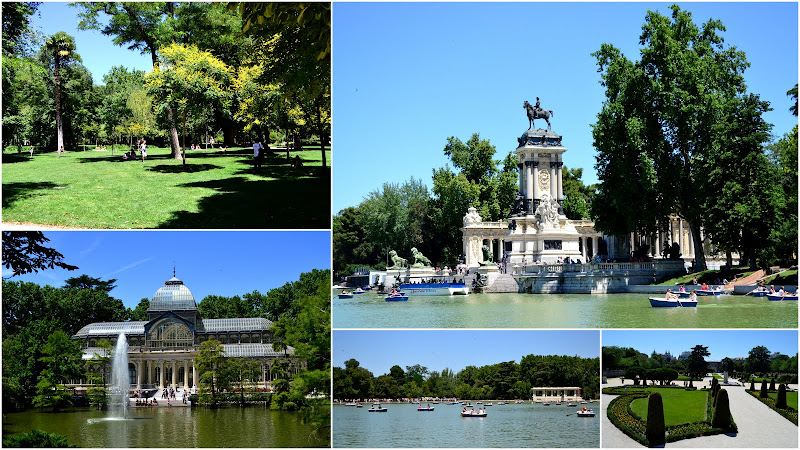 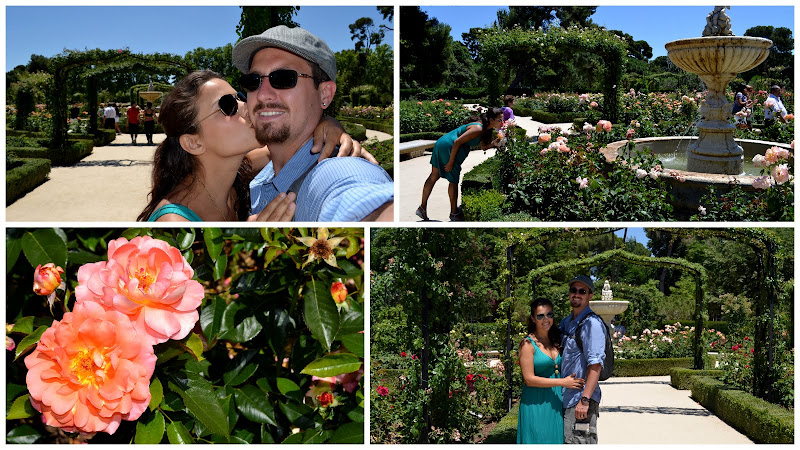 As we left the park, there was tons of traffic and police on the streets – we were glad we had chosen to walk instead of drive. We headed towards the museum and walked right into the middle of a protest parade. There were hundreds of people carrying signs and chanting. There was also a group of drummers that were leading the parade – we took a video and will post that separately.

The Prado Museum had a lot of beautiful paintings in it and we spent a few hours walking its air-conditioned hallways marveling at the masterpieces of Velazquez, Goya, Rembrandt, Rubens, Greco, and many other famous painters. Unfortunately, we were not allowed to take photos, but imagine lots of royal and religious overtones.

We were pretty pooped after walking so much, our old bones were creaking loudly, so we headed back to our hotel for a siesta and then drove back into the center later that night for dinner. We’ll be exploring more tomorrow, so stay tuned!!