Wednesday night we headed out for a night on the town – a flamenco show followed by dinner. The flamenco show was very intimate, one guitarist, one singer, and one dancer on a small stage. The dancing was terrific – the way the dancer moved her feet so fast to compliment the beat the guitarist was creating was incredible. 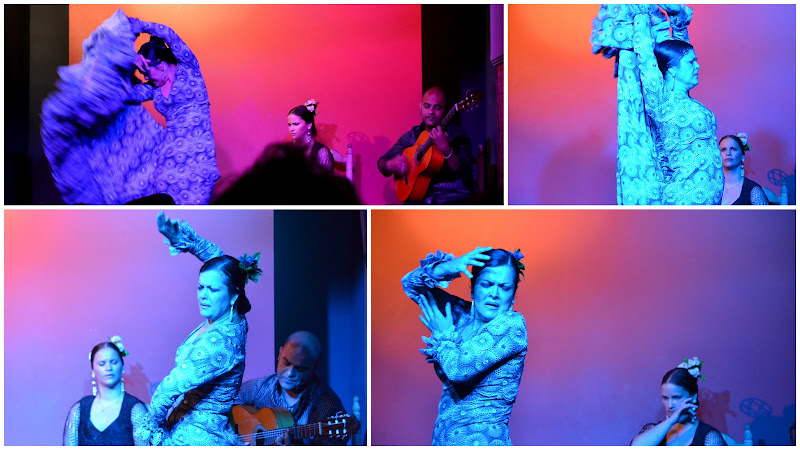 Afterwards, we wandered around the streets looking for a place to eat and came upon crowds of people celebrating some saint’s holiday. The most interesting sight was a silver shrine that two bulls were carrying on their back.

We finally found a place to eat, but the service was shitty so we ended up leaving and headed back to the place we ate the night before, Eslava. The food was equally great the second time around, although we’d make shitty food writers because we keep eating the food before we remember to take a photo of it! 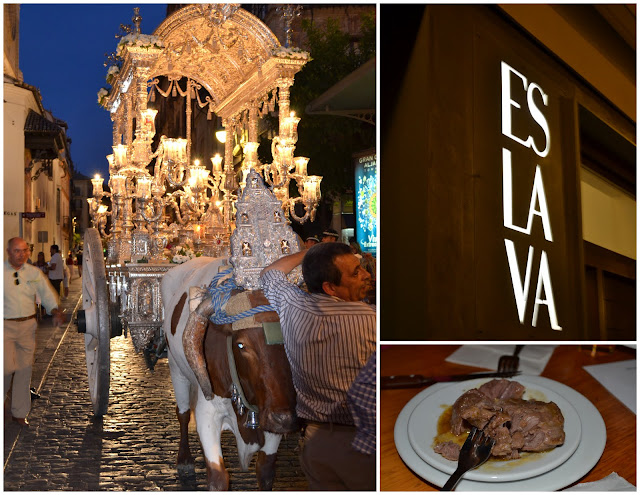 The next morning we headed back into town to take a stroll down the main street and take photos of some of the architecture (it has more Muslim influences than the other Spanish cities we’ve been to so far) and the orange trees we mentioned previously. 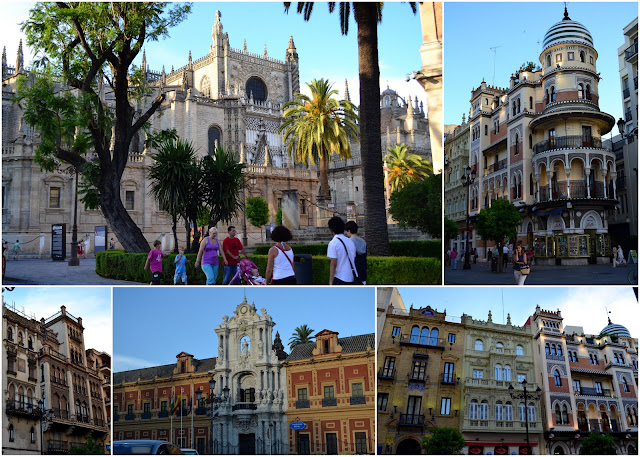 Admittedly, we didn’t do Sevilla justice in exploring all the city had to offer. The heat was too much for us to handle and we were feeling a bit over sight-seeing at that point. We continued on to our next destination, Marbella – the drive was easy and oh so pretty – acres upon acres of sunflower fields for as far as the eye could see! 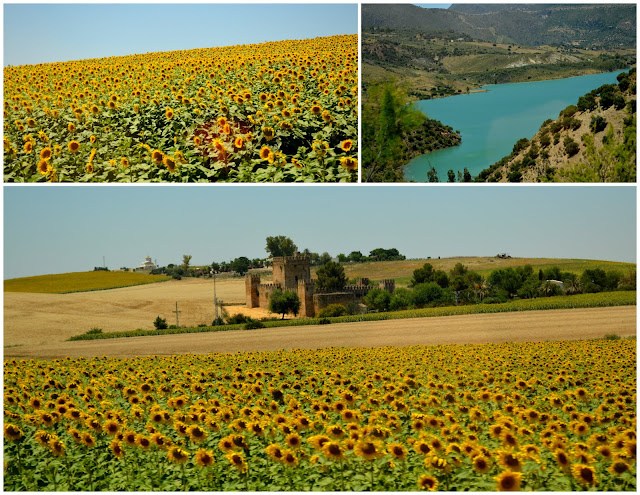