After a three and a half hour drive from Madrid, we arrived in Spain’s third biggest city, Valencia. Val has been eagerly looking forward to this stop because this fine city is where paella originated. As such, our first priority on the agenda was to find a restaurant that served authentic paella, so after a couple of hours of research we settled on Restaurante L’Estimat – right on the ocean and promising fresh to order paella. Note: the best paella is actually found in a small town about 10-20kms outside of Valencia and it’s where the paella rice is grown. Additionally, traditional paella is made with vegetables, beans, snails, and rabbit. Val knew she had no chance of sneaking that past Chris, so we stuck to paella con mariscos (lobster, shrimp, mussels, scallops). We won’t lie, it was not the best paella we’ve ever had, so the search continues! 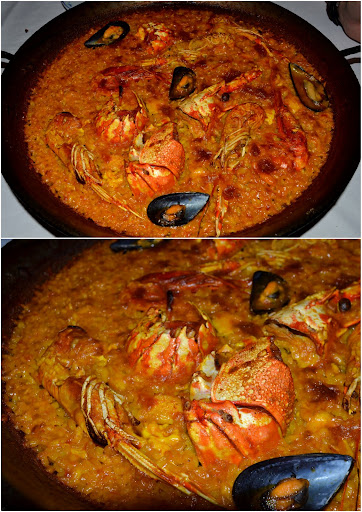 On day two we walked around the city center of Valencia. More of the usual in terms of beautiful old buildings, lively fountains, sit-in protestors in the central plaza and some cool graffiti. The low-light of the city, it had some seriously offensive stink issues – a lovely aromatic combination of sewage and garbage. 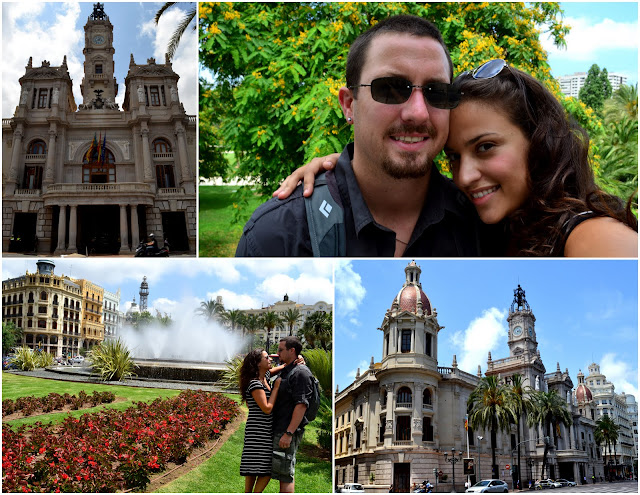 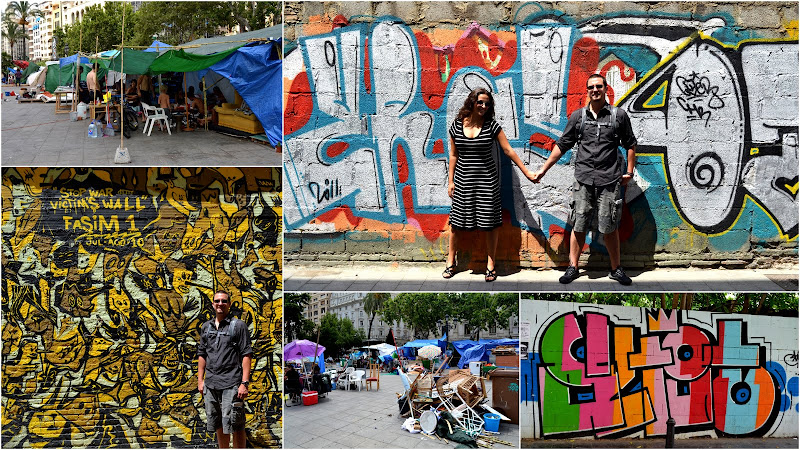 There was also a free photography exhibit of old Spain – all black and white film, the images were truly captivating. 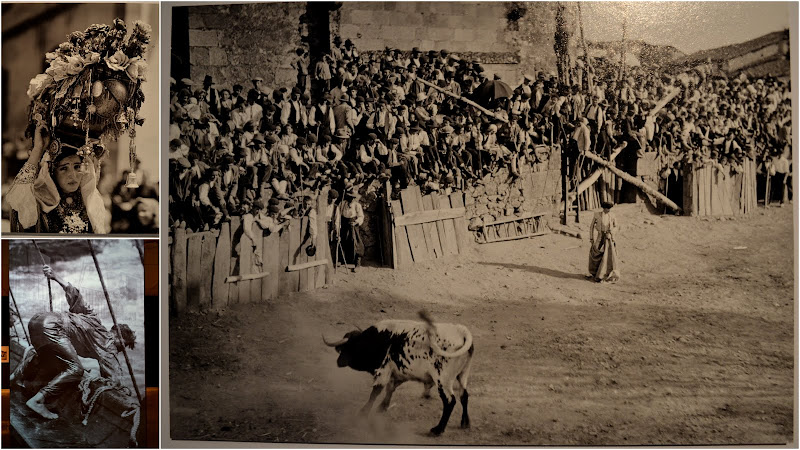 After we’d seen and smelled enough, we headed to the beach. It was packed! The sand was soft, the water was a pleasant temperature, and this being Spain, there were of course bare boobs a plenty – every shape and size imaginable.

Stop searching for boobs now…there are none in this picture 😉 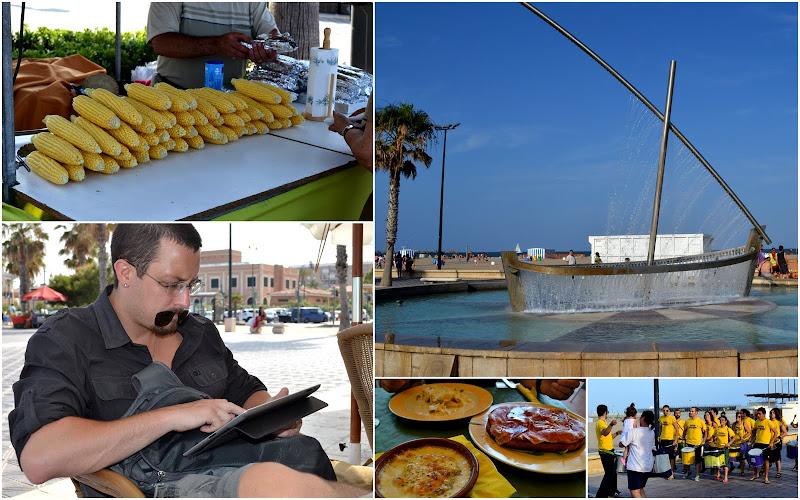 The throngs of people were enjoying the beach and more importantly staking a claim to some real estate and firewood for the festivities that evening. There were literally lines of people, 100+ deep, on the board walk leading up to corrals filled with fire wood. On this particular night there was to be a celebration in honor of the seasons turning to summer – the festival de Sant Joan. The tradition is to burn a fire amongst friends and family once the sun drops, put some ashes on your feet around 11:00 and then at 12:00 you walk into the water, jump 7 waves, and make a wish.

We were not going to miss this experience but we’d bought tickets to see Cirque du Soleil Corteo for that evening, so we planned to catch the last part of the festivities after the show was over. 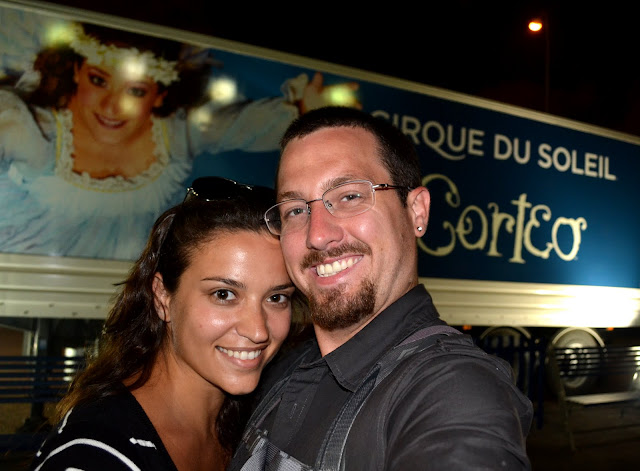 As usual Cirque du Soleil did not disappoint – Corteo was as beautifully choreographed as all of the previous shows we’d seen.Our favorite part, was when Valentina, the little woman with the balloon harness, was floating through the audience.  Here is a trailer if you have time –

Once the show was over, we scurried back to the beach and we’re hit with a wall of smoke when we got off the train. The beach that we’d seen earlier in the day was unrecognizable – every square inch of it was covered with people, probably about 10,000 of them. Each group of about 6-10 people had claimed a spot on the sand and were congregating around a small fire, drinking, dancing, and having a great time. On one end of the beach was a massive stage with a DJ pumping all the latest techno tunes (ish,ish,ish,ish). This has to be what all the teenagers look forward to all year round, as 80% of the party-goers were teeners or tweeners. 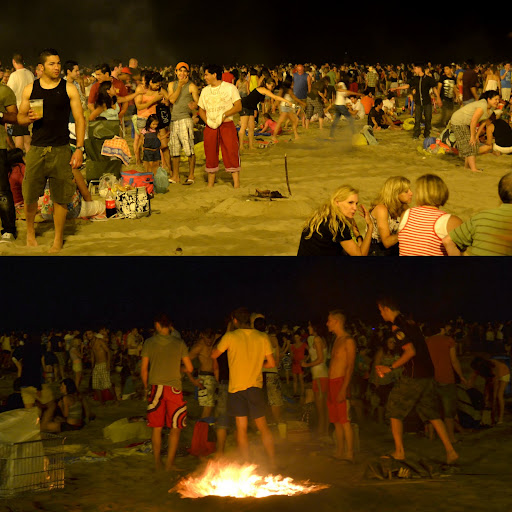 The next morning, we had scheduled a tour with Do!Valencia to experience the hot springs. We drove about 100km north to the city of Montenejos. Unfortunately, the weather decided to be uncooperative and it was cloudy and windy, which we thought would be ok since the hot springs were well…supposed to be hot. Not so…they were cold, but we were troopers and took a dip anyways as legend has it that the water is supposed to prolong your life and beauty. We later discovered via our tour guide we had missed the point of the “hot” springs entirely.  The locals use this pool of water, which is a constant 25 degrees celsius, to cool off in the dead of summer as the Mediterranean turns into a “soup”. Lesson learned…the cold way!

Here is a view of the river and the canyons that surround and feed into the spring. 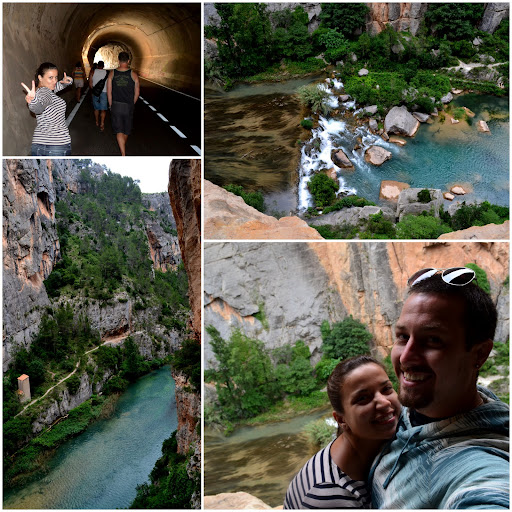 We also hiked down to the ‘Horse’s Tail’ – a majestic sight of sheer force. To create a lake higher up the mountain, the river was dammed and in order to preserve the ecological conditions for the river and springs below, they created a pressurized spicket which spews 3,000 liters of water per second 40 feet in the air and creates a current which simulates the natural river flow. 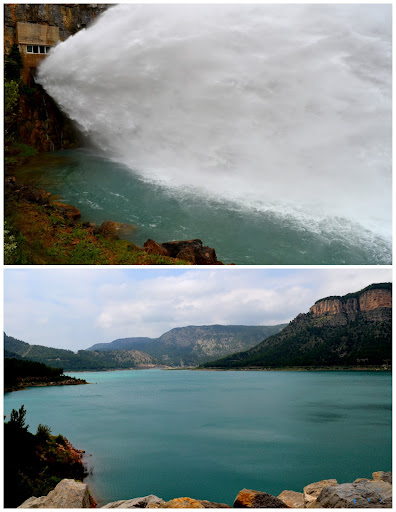 We have never seen anything like it and thank god it was in Europe…the liability laws are non-existent here, which allowed us to stand so close to it. If the pressure wasn’t aimed directly at a rock face, surfing it would be one helluva ride!! 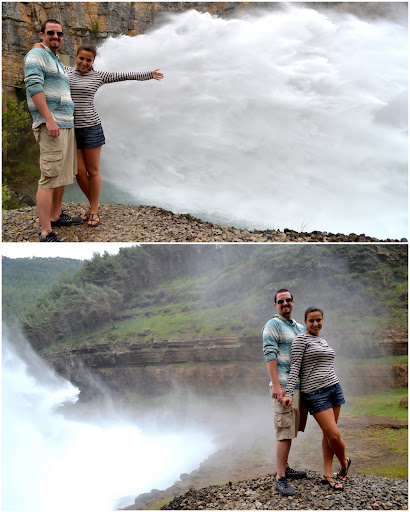 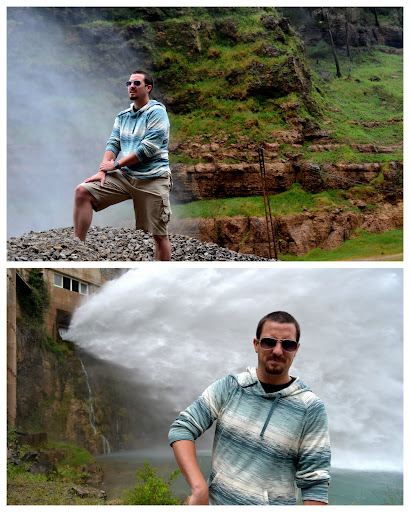 Last stop of the tour was the town of Navajes, which is where all the rich Valencians live. We saw some spectacular mansions and had some Clara (Beer plus Fanta Orange) out of a this funky looking communal jug. 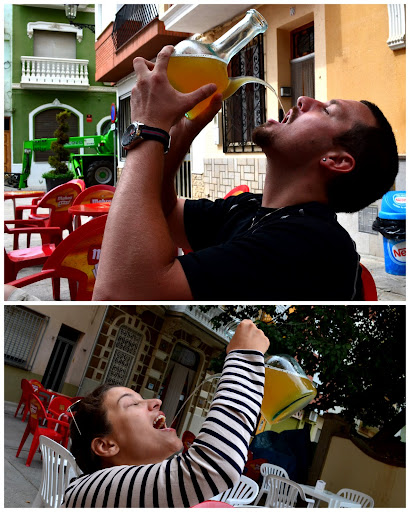 Short stay, but fun times!! Oh so ready for Barcelona next!