1. Ever heard of AquArius? Appears the Coca-Cola Company is keeping this little gem on the down low in the states.

2. Spaniards love their ham so much they refuse to add anything else to a sandwich. Literally toast-ham-toast – no lettuce, tomato or condiments invited to this party.

3. The metro systems keep getting better as we traverse Spain. Cleaner, more robust and better situated.

4. As a young kid in the US, it is always a treat to be given a box of ‘poppers’. Throwing them near people’s feet and making them slightly uncomfortable.  In Spain the ‘poppers’ are just below dynamite and if thrown at someone’s feet would cause loss of appendages.  Literally our rear-end’s clenched the first time we heard one and we thought the city was under siege.  Chris was so jealous.

5. Beware of the mythical Dog-Donkey-Cow creatures which may cross the highway at any time. Look closely….what the F is that? 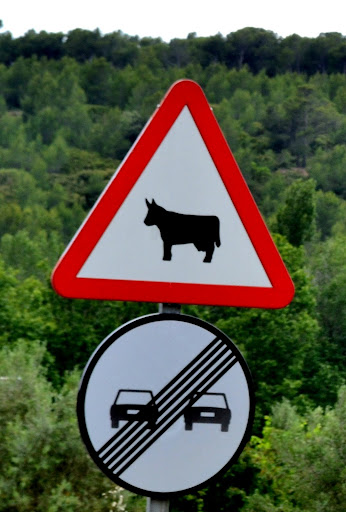