From Barcelona we headed to Lyon, about a 5 hour drive away. It took as a bit longer than that because we kept stopping at service stations along the way trying to find a wi-fi spot so that we could download a few more episodes of The Wire. Having something to watch makes the long drives much easier! We finally found a McDonald’s (and free wi-fi) half way there and stopped for lunch. The place was overridden with flies but as a testament to how devoted we are to finishing the series, we sat there for over an hour swatting our hands all over the place just so that we could get our Wire fix! If you had observed us from afar and you didn’t know that McDonald’s had surrendered this location to the Lord of Flies it would have looked like we were practicing up on our jujitsu or proactively working off the calories in between bites.

Instead of getting a hotel in Lyon, we went on AirBnB – a website that lets you rent people’s apartments and rented a quaint-looking studio in the center of town. It was located in an old building and had massive doors on the outside, you entered into a courtyard and we were told to go into the door on the left. Good thing we had left our bags in the car because we had to climb up 5 stories of old, winding, stone steps.  A total of 103 steps to be exact. Oh this is also where we should mention that is was probably around 85 degrees that evening. Once up the stairs we were lead down a dark hallway and arrived at our apartment. The apartment itself was a cute studio, but it was stifling in there with heat because it had only one small window and no AC and not even a fan. On top of that, we’d somehow missed the part of the description that mentioned no bed, it had only one of those small old Ikea sofabed’s where the cushions unfold onto the floor.

Without even really speaking to one another, we both got online and started looking for hotel rooms! Yes, we’re spoiled bitches, but we’re fortunate ones who can afford some comfort. We decided the sunk cost of the apartment ($85/night for three nights) was worth it so that we could sleep and rest comfortably  elsewhere.

We booked a room at a Best Western with a pool about 8km’s away and off we went to check-in. It was late already at that point and all we wanted was to crash, but of course it couldn’t be that easy…apparently Hotels.com had overbooked the Best Western because when we got there the nice hotel clerk told us he had no room for us till the next day. He was kind enough to point us in the direction of yet another hotel for the night and we returned to the Best Western the next morning to check into our hotel room.

We wish we could tell you about all the fabulous things we did and saw in Lyon, but we were kinda pooped and spent the day doing nothing in our hotel. We were even too lazy to drive into Lyon for food, so we decided to eat whatever the Best Western had to offer. Ordinarily we wouldn’t think that hotel food, much less at a Best Western, could be anything more than edible, but to our surprise it was delicious and full of flavor! We liked it so much, we ate dinner there as well – a roast chicken in a tasty mushroom sauce with pan fried gnocchi – yumm!

The next morning we checked out and began making our way to Paris – about a 4 hour drive north. We knew we wanted to see Versailles at some point during our stay in Paris and it seemed to make sense to stop while we still had a car instead of taking the train later in the week after we’d returned Bitsy. As it turned out, visiting Versailles on a Saturday was probably not the brightest idea as it was completely packed with tourists. So many that you couldn’t even see the placards which told you what number the exhibit was described in by the audioguide.

It was a beautiful day though, sunny with big puffy clouds in the sky, which made a pretty back drop for the chateau and all of its gardens. As you can imagine, the interior of the chateau is very ornate – full of gold details, many chandeliers, gorgeous paintings and incredible ceiling murals. Oh to have been royalty back in those days!! 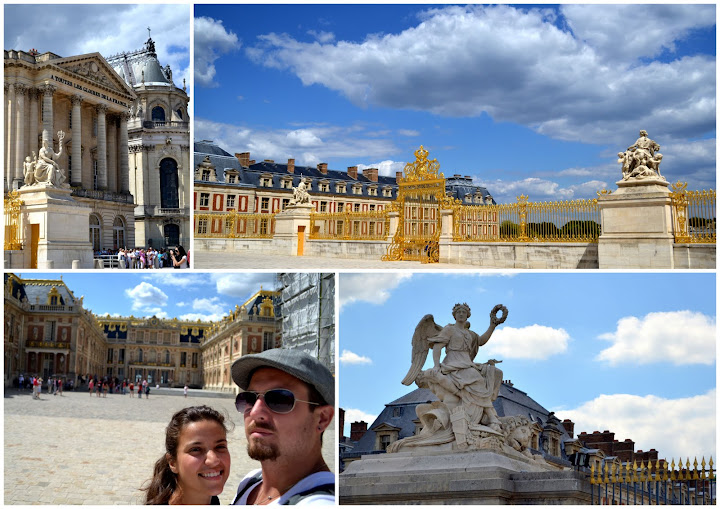 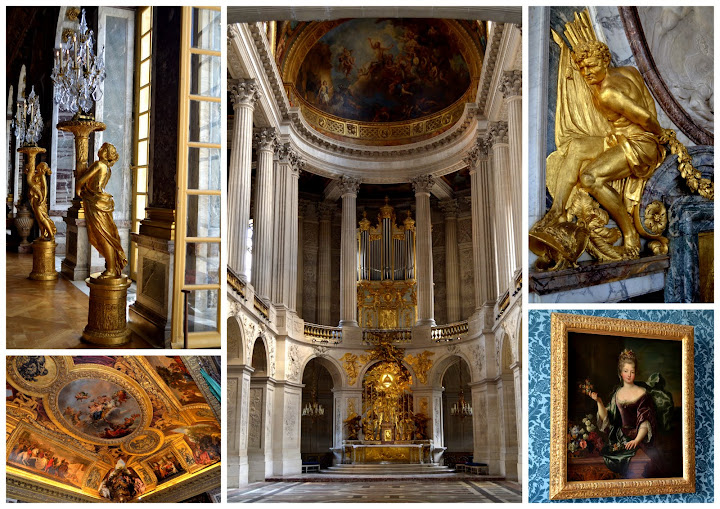 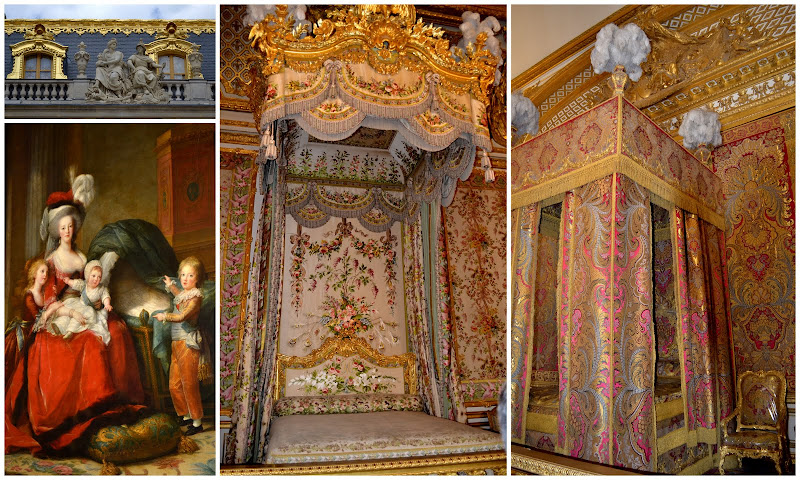 As beautiful as the inside was, the gardens outside were even more so. There are many different gardens, spanning acres upon acres and it would take hours to walk all of them. It must take an army to keep up with all the landscaping!! 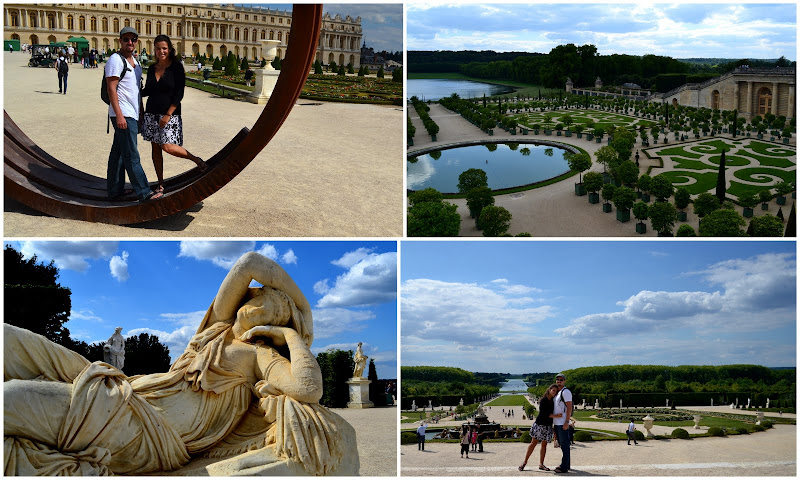 Next stop…we are oh so ready for Paris!! Neither of us has been there before and we’re eager to explore the city of lights, croissants, nutella crepes, wine, foie gras, cheese, and so much more! We’ll be in Paris for a week, the longest we’ve stayed in a city thus far, so stay tuned for lots of posts!