Boy are we behind! Paris was jam-packed with things to do and places to see and we really tried our best to squeeze as much in as possible – hence, the lack of posting the last few days. We’ve just been too tired to blog after coming home every night from a full day. Let’s dive in and show you what we’ve been up to!

In the evening, we went on a stroll and came upon a carnival – tons of bright colored lights, games, and food. Definitely bigger than the carnivals we see back home. 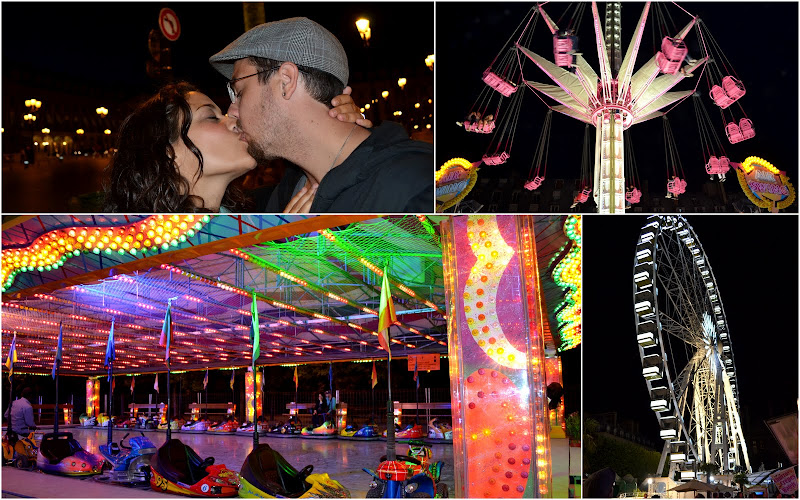 We found out that several museums are free the first Sunday of the month, so we woke up early and headed to the Louvre. We got there close to opening time and there was already a sizeable line which we estimated would be about an hour wait – not too bad and we were ready for it. However, the line had queued on it’s own and wasn’t very organized, so museum officials came by to move it against the perimeter of the museum instead of the middle of the courtyard and all hell slowly started to break loose. People saw their golden opportunity to cut the line and hordes of tourists just started running towards the end of the new line. Before we knew it, instead of being towards the end of the first quarter of the line, we were all the way in the back – not.cool.

So we decided to leave, knowing that we’d be buying a museum pass in the coming days that would allow us free entry and to skip the lines, and headed to the D’Orsay Museum. There was also a line there, but it moved fairly quickly and we were soon inside viewing the works of Manet, Degas, Van Gogh, Renoir, Rodin, Jean Baptiste, and many more. Unfortunately they didn’t allow photography, but we appreciated the artwork in this museum more than any other we’ve been to.

Afterwards, we headed to the Pompidou Museum which housed modern/contemporary art. We did enjoy a few pieces, but for the most part it was more WTF? pieces. 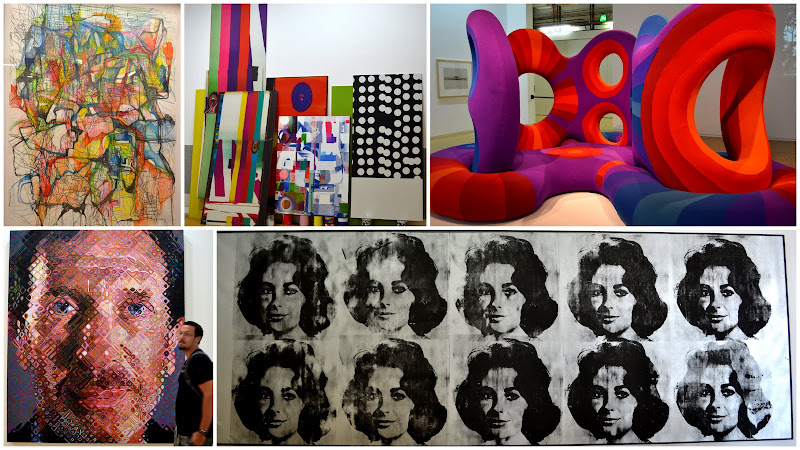 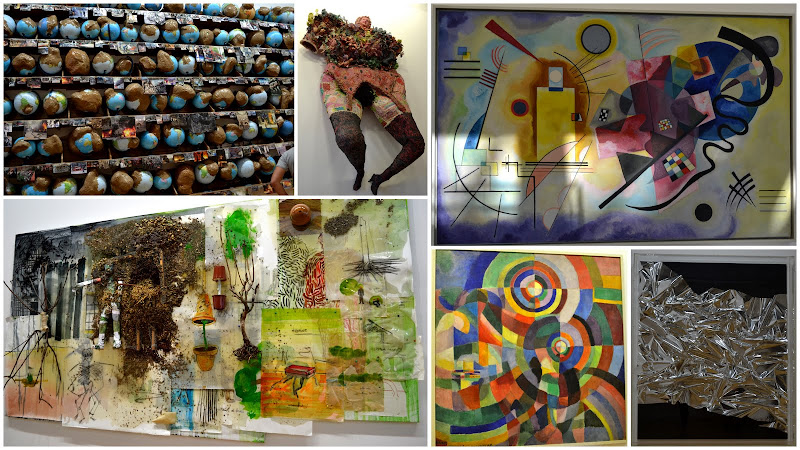 After a full day of being on our feet, we fell into bad and promptly passed out. All of our joints were screaming at us and our feet were throbbing!

Here’s a random fact that surprised us – after the Louvre, the Galeries Lafayette is the most visited attraction in Paris. It’s located across from the Grand Opera (which is a gorgeous building) and is multi-floor department store that has three separate buildings. There was a big sale going on, so the crowds were out in full effect! 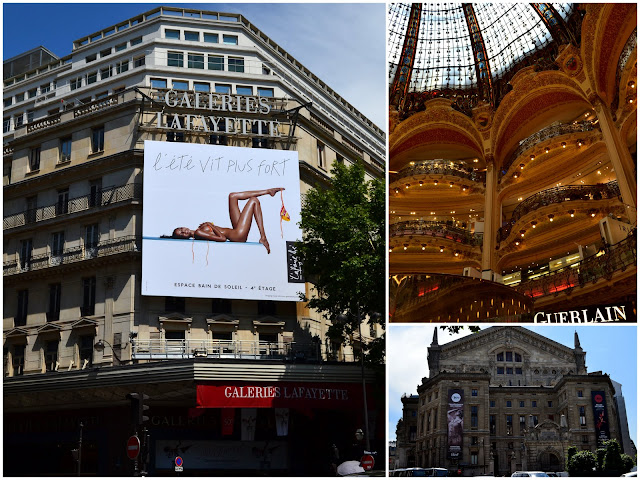 We were so beat from our museum-packed adventure the day before, that we took it fairly easy on Monday and just walked around a bit to run a few errands and buy some things we needed.

Our hotel was two blocks away from the famed Folies Bergere theatre and we had a leisurely lunch at Folie’s Cafe. 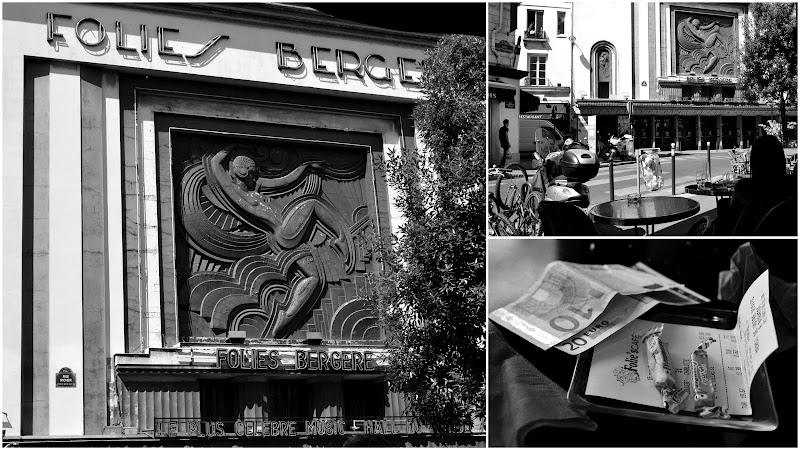 Clearly we were a bit bored, as this photo session took place over lunch: 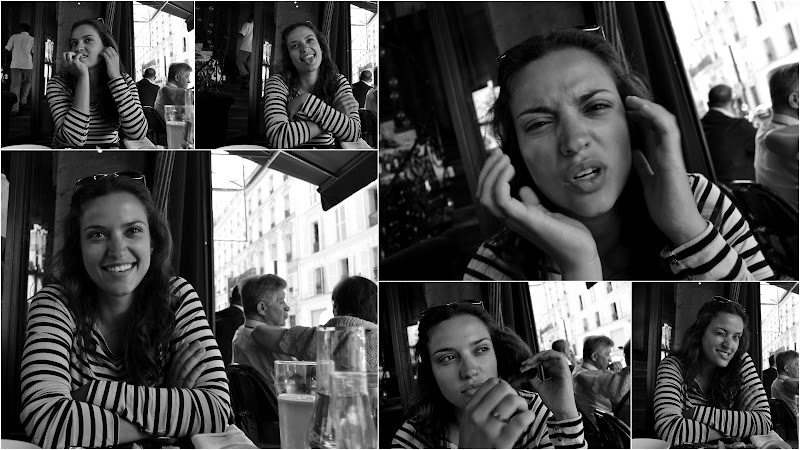 We were sad not be home for the 4th of July – but we made up for it by having dinner with a high school friend of Val’s – Vincent and his girlfriend, Vanessa. We found a cute brasserie in their neighborhood and ate outside. It was fun to catch up after 12 years!! They’re planning a vacation to Greece around the same time that we’re supposed to be there, so hopefully we’ll be able to meet up once again.