Our last day in Amsterdam was spent doing laundry and lots of it! Lu had a washer/dryer in his apartment so we made good use of it. It’s so much easier than looking for laundromats and waaaay cheaper than paying for the hotel to do it – they charge 3 euros for a pair of underwear!

Our next stop after Amsterdam was Brussels and we were planning on taking the train there. Laundry took longer than expected because Lu has a Dutch 2 in 1 machine and it took us a few wash loads to figure out how to get the dryer cycle to turn on. Long story short, we arrived at the train station later than we’d planned and were already taking a later train than expected, so we were really thrilled when they cancelled that train after we’d already waited 20 minutes for it and were told to wait another hour for the next train. With our iPad battery dying fast due to too much Angry Birds, we played a few rounds of gin rummy and durak to pass the time. The rest of the journey to Brussels went smoothly and we checked into our hotel and headed out to grab a late dinner.

The next morning, it was a bit of an overcast day and with only one day in Brussels, we headed to the old center to walk around and explore. 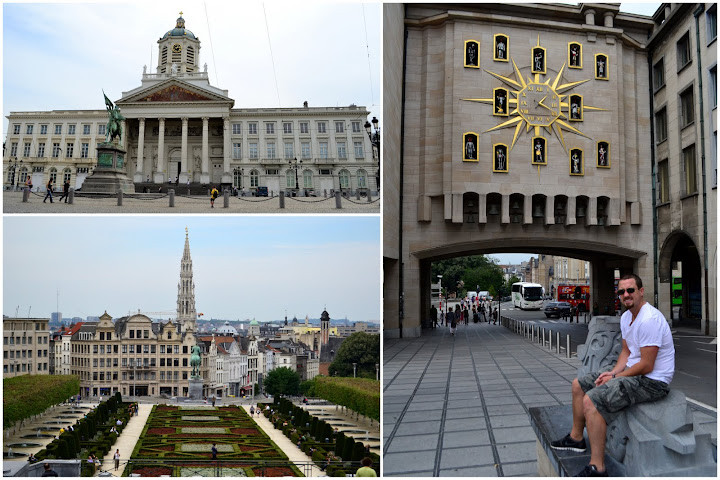 The city is very quaint and charming, with lots of shops, galleries, and stunning gothic architecture that adds a mysterious character. 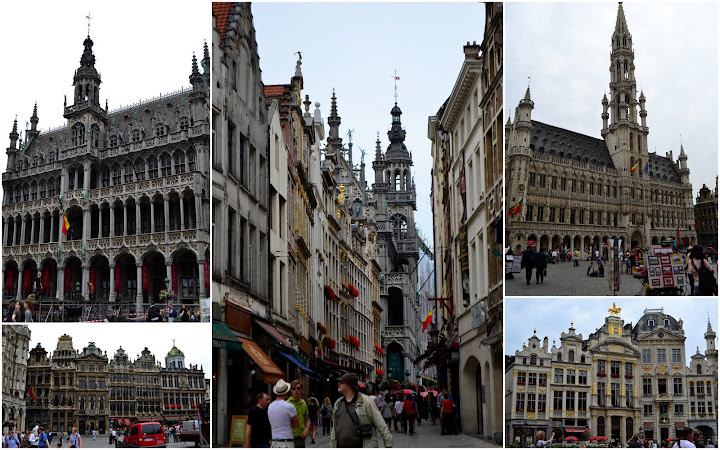 The waffles and chocolate were every bit as good as we’d hoped and we couldn’t help but giggle everytime we saw the peeing boy statue, so you an imagine our excitement when we came across a life-size chocolate version of him…and he was eating a waffle! 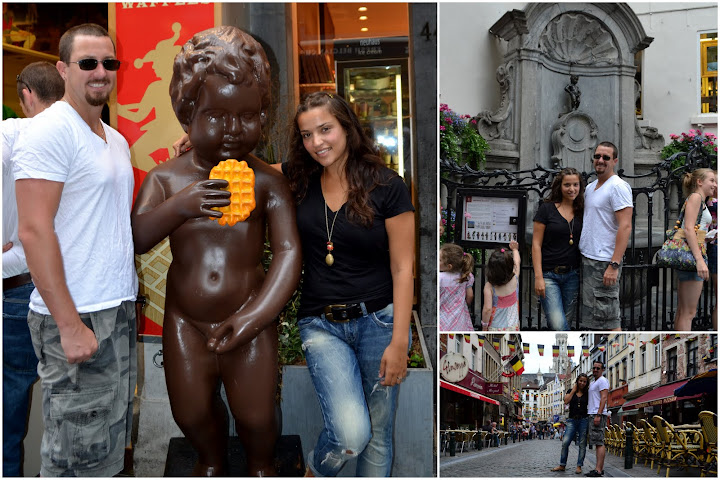 Our flight to Prague the next morning was at 8:30 a.m. so we turned in early since we had to get up at 6 a.m. Surprisingly, Val woke up that early without much nagging from Chris.

Our cab driver was a really nice guy and as we started driving to the airport he told us a story about a girl from earlier that morning that he’d driven to one airport, only to find out that her flight was departing from a different airport an hour away. We asked if our airline, Wizz Air, did in fact take off from the closer airport and he reassured us it did, but just to make sure Chris jumped out of the cab at a red light to get our flight info from his bag in the trunk. Good thing he did, because as luck would have it, we were in fact taking off from the further airport. Not only were we short on time and would have to speed the whole way there, we also had to pay 200 euros for our lack of preparedness. Expensive lessons are always the ones you learn best!

Once at the airport, the fun times didn’t stop. We had checked Val’s suitcase and each had our backpacks and a smaller bag. No one mentioned any carry-on restrictions when we checked in at the counter, nor when we went thru security…that would have been much too efficient. Nope, they wait until you’re heading into the gate area to tell you that there is a 1 bag maximum per person. We were able to squeeze one of the smaller bags into the larger backpack and the second one we were able to sneak past. Such a pointless policy as there was plenty of room on the flight in the upper bins and we could have easily just put the smaller bags under our feet. Ahhh…the joys of low cost airlines in Europe!

After a short flight, we were in Prague. We took a bus into the city and from there hopped a taxi to our hotel. We were both pretty exhausted, so we took a nap and then walked to the old center to grab some food and explore a bit. Stay tuned for our next post to hear all about our time in Prague!