We arrived in Berlin and our first thought was that their central train station is the nicest we’ve ever seen. It’s huge and super modern looking with lots of restaurants and stores inside. Grand Central and Penn station look small and ancient in comparison.

We arrived in the evening, so we just checked into our hotel, had dinner at a delicious Italian restaurant around the corner, and turned in for the night. We stayed at yet another Best Western making it our 4th Best Western hotel of the trip so far. We are really quite pleasantly surprised with them as they’re very reasonably priced, centrally located, and the accommodations are always very comfortable. Who knew Best Western was so great?! They’ve definitely made a new pair of loyal customers in us – maybe we should reach out to see if they’d like to sponsor us for the rest of the trip!

We only had two days, three nights in Berlin, so we took a hop on/hop off sightseeing bus to maximize what we could see in that amount of time. Berlin is different than the other European cities we’ve been to so far. It’s feels much larger and everything is sprawled out. Instead of the narrow streets and alleyways we found in much of Spain and France, the streets here are more like 8 lane highways – we can’t imagine that they have any traffic problems!  The buildings are also taller and more modern. The architecture is a mix of older (from the mid 60’s to late 80’s) soviet-built rectangular cement buildings, to more recent all-glass odd-shaped buildings, and there are several older structures that weren’t completely ruined in the war that have a lot of renaissance influence. There is also a lot of greenery with a big park (that looks more like a forest) and lots of lawn space sprinkled about the city. 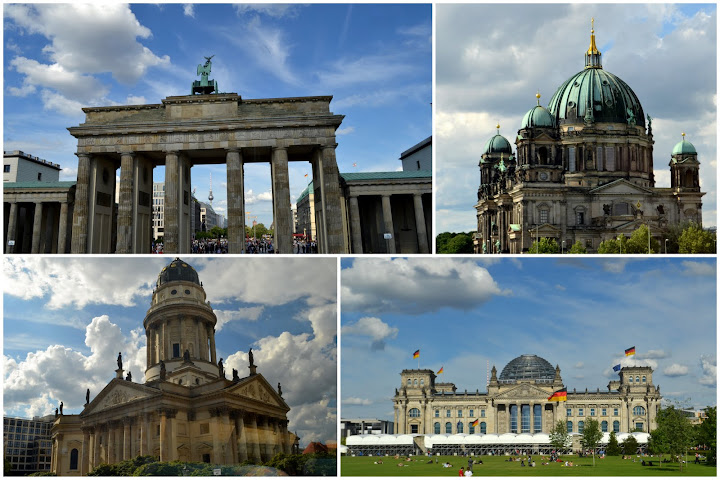 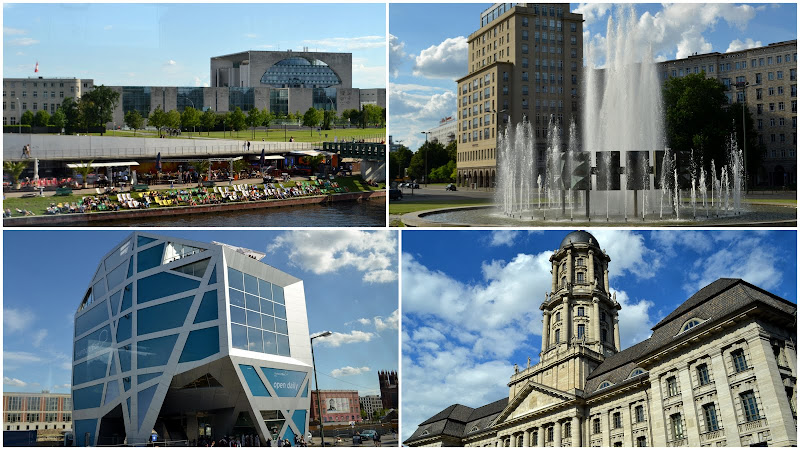 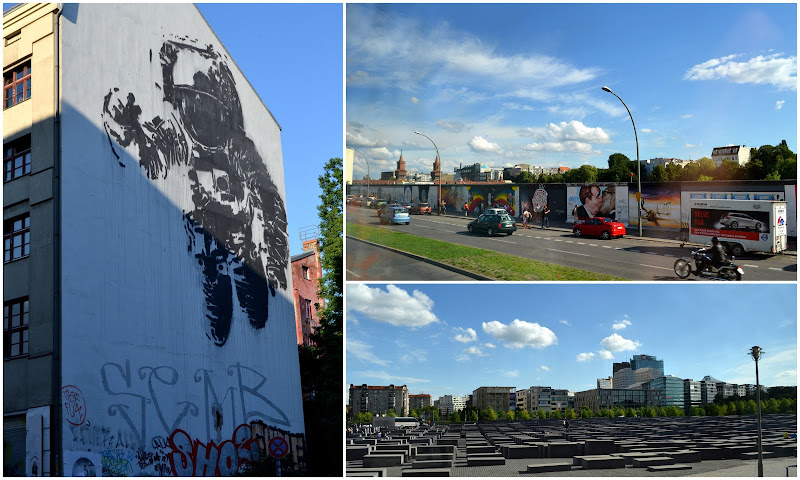 We went to the Checkpoint Charlie Museum and it was remarkable to read about the history of Berlin when it was divided into east/west. We definitely need to brush up on our WWII history as we’re lacking some of the background knowledge, but to read about how so many people tried to escape and the lengths they went to was eye-opening and surprising. They rigged suitcases and cars with secret compartments, went underwater,  created intricate pulley systems, and used forged documents. While thousands were lucky to escape,  there was also lots of violence and failed attempts that lead to many deaths. 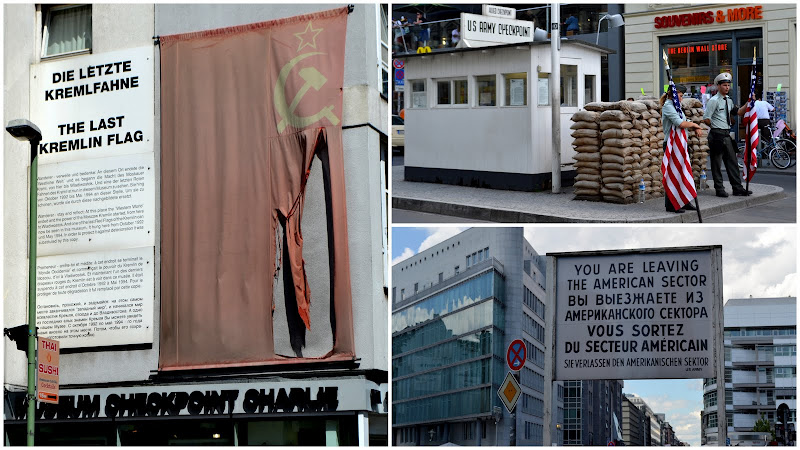 Our last night in Berlin, we met up with Val’s friend, Matt. He used to live in NYC and moved to Berlin a year and a half ago. As much as we’ve been getting along splendidly and aren’t yet sick of being with one another 24/7 – it’s really great to meet friends along the way and have someone new to talk with! We caught up on life over  some beers and Matt kindly treated us to  dinner at a Viet-Thai restaurant. 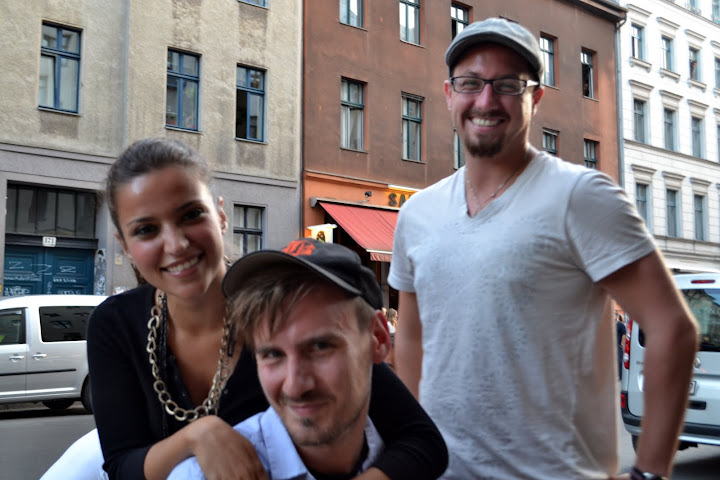 From Berlin we headed to Bochum, Germany to visit some of Val’s family – more to come on that in our next post!!