As many of you know, Val was born in Ukraine and while most of her immediate and extended family lives in the U.S., she also has some family that live in Bochum, Germany: her grandfather’s sister, Lara and her husband, Victor, along with their son Andrey, and his son, Sasha. While Val’s grandfather and Lara keep in touch via e-mail, Val hasn’t seen Lara since she was 10 years old and Victor and Andrey last saw her when she was five years old.  We couldn’t pass up the opportunity to see them while we were in Europe, so we took a five hour train from Berlin to Bochum to make a quick visit.

Needless to say, it was a really heart-warming time and we are so glad that we were able to spend some time with all of them. Andrey and Lara picked us up from the train station and we had a wonderful family dinner that evening complete with many of Val’s favorite Russian foods and Andrey made the most delicious shishleki (marinated pork kebobs). Andrey’s son, Sasha, is a big fan of knife throwing and had a board set up in the backyard, so him and Chris spent most of the night perfecting their aim. 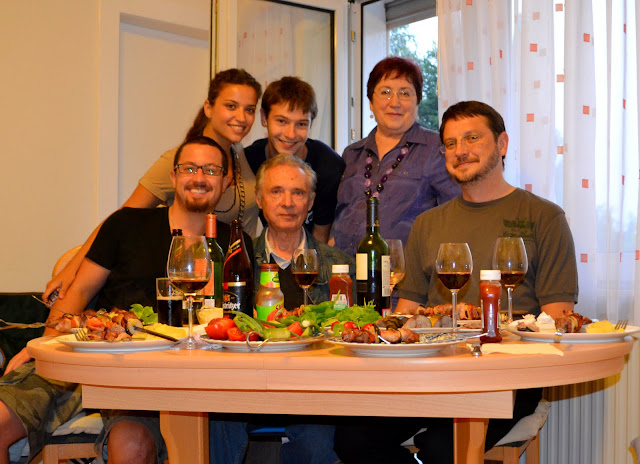 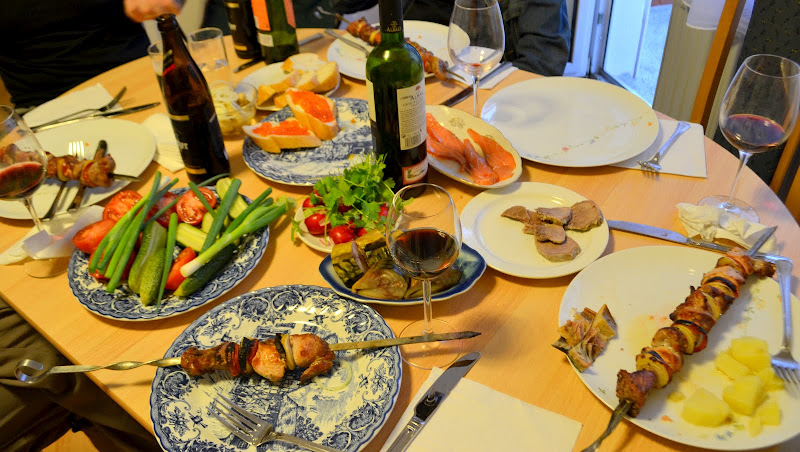 The next day, we took it easy in the morning as both Andrey and Sasha were at work and Lara came over to cook breakfast for us. She made sirneki, which are cottage cheese pancakes, it may sound strange but they’re delicious! When Andrey and Sasha came home, they took us sightseeing around Bochum and the neighboring towns. This part of Germany is very green, with lots of lush forests, and the towns have a more traditional German look with many old houses, most of which were built in the 1500’s. After 300 years, many of the buildings are now buckling or tilting to the side, including the spire of the central church, making it look like a crooked wizard’s hat. The town’s have a very cohesive appearance, with all of the houses having the same facade of white paint, with black colored wooden beams. 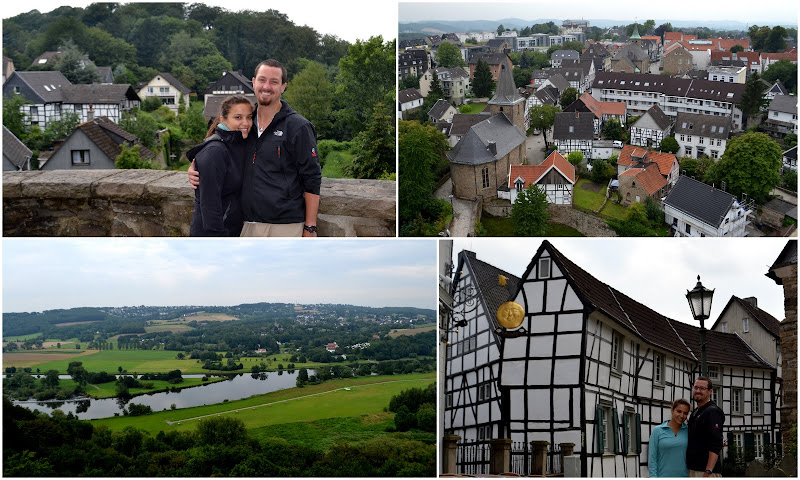 When we got home that night, we went to check into our flight the next morning on line and got a rude awakening. The flight we’d booked was actually for the day before – we had accidentally booked the wrong date! It was quite a costly mistake, as we lost the $300 we had originally spent on the tickets and the only choice we had was to rebook the flight, which cost almost $600!! So all together, it cost us almost $1,000 to get to Ukraine.

Andrey was kind enough to drive us to the airport in Cologne at 5 am and even made us some sandwiches for the flight! We are so glad we got a chance to spend some time getting to know our family more and we hope they’ll come to visit us in the future so that we can show them the same wonderful hospitality they showed us!