Chris has been looking forward to Rome since the trip started. He’s fascinated by the old Roman Empire, how they were able to have so much power, rule so much of the world, and then lose it…plus Gladiator is his favorite movie.

We arrived at Termini train station and were pleasantly surprised – it’s modern and large with many stores and restaurants. Similar to the station in Berlin but not even close in scale. Unfortunately the beauty was short lived, we headed for the hotel and for a brief second as we walked outside we thought that we’d  been transported to Canal Street. The street was buzzing with activity – people peddling cheap goods and harassing us to buy tickets for bus tours. We pushed our way through, saying ‘no’ to all of their offers, and made our way to our hotel which was strategically only a few blocks away.

With only two full days in Rome (not counting the day we arrived and the day we left), we tried to jam in as much sightseeing as possible. Naturally, priority numero uno was to see the Colosseum. It always amazed us how the Romans were able to build something so large and intricate so long ago. Adjusting for time, it blows the new Cowboys stadium away, jumbo-tron or not. We splurged the extra €5 for an audio guide, which turned out to be an excellent investment as we were able to glean a few fun factoids:

1. The stadium can hold somewhere between 40 and 70 thousand spectators.

2. Entrance to the games were free, but seating was assigned in order of social class.

3. There used to be a cloth overhang that would protect the crowds from the weather elements. In order to maintain them guys would ‘surf’ on top of them

4. The name is believed to be derived from its proximity to the colossal statue of Nero that was near by – the thing was 100ft tall, wish it was still there.

5. One side was ruined during an earthquake and later when the Colosseum had fallen out of favor, it’s interior was pillaged for materials (marble, etc) to be used in the construction of other monuments and buildings.

6. Contrary to myth, it was not able to hold water and thus put on water based spectacles. 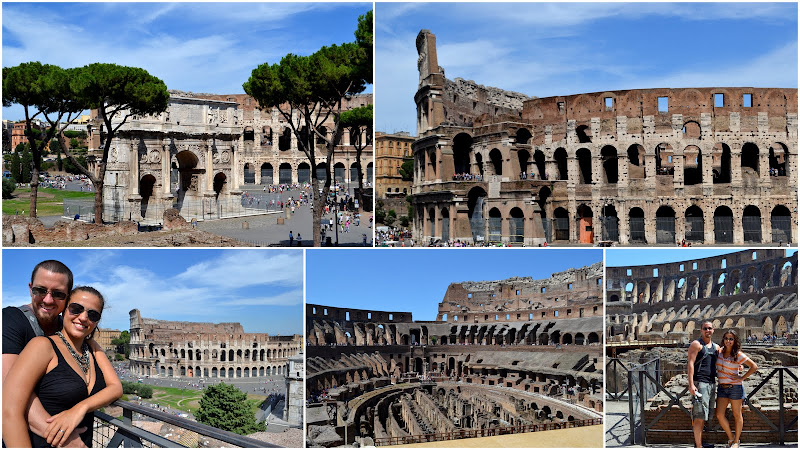 Bottom right picture is a view of the tunnels beneath the floor where all the mechanics of the games were done. Also note the walls on the sides are not all that tall as they were depicted in Gladiator.

Across from the Colosseum is the Arc of Constantine and Palentine Hill which is full of amazing ruins. The arc has exquisite relief work and is extremely detailed – amazing how good of condition its in considering that it was built in 315 AD! Palentine Hill spans a large amount of area and makes for a fun couple of hours of hiking. You get to walk through the ruins, see them, touch them, it’s so cool! It also affords great panorama views of the whole city. The entire time you walk through the Colosseum and surrounding ruins you can’t help but wish you could better understand what it looked like in its original grandeur. They should employ a couple of those unemployed art students who are sitting in the town squares to make some artist renderings of what everything looked like its glory days. 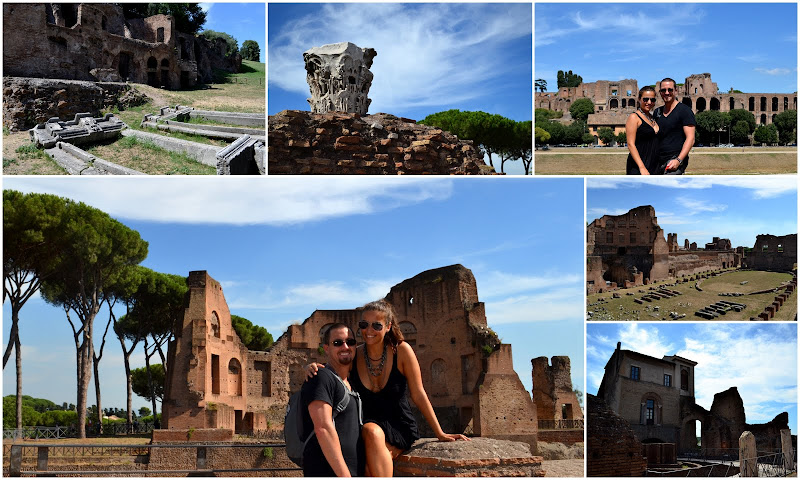 For day two, we hopped on a bus tour as we had had success with them in the likes of Barcelona, Madrid and Berlin. Big mistake! Guess we should have know better – no other city employs an army of street pushers to get you to sign up. The commentary is weak and we had already walked to all the good sites as they are all in close proximity to each other anyways. Lesson learned is always say no to pushy people. Regardless, we were able to get some good photos, so that’s worth something! 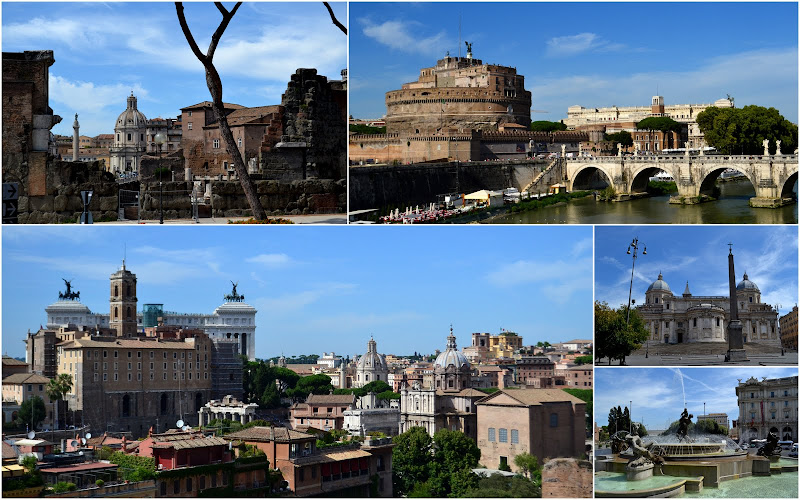 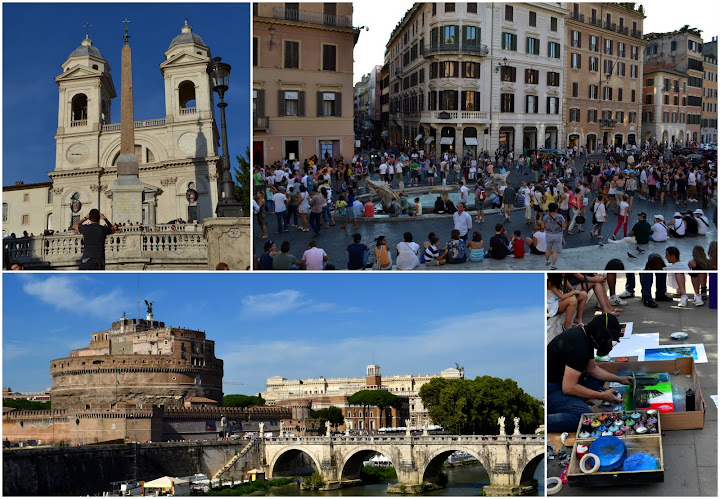 The bus served its primary purpose though in transporting us to the Vatican. It felt a bit like stepping into the movie “Angels & Demons” when standing in the vast square before St Peters Basilica. We had already read up on the rules, so we knew you had to cover your shoulders and knees. This meant Chris had to tuck into a corner to zip on the bottoms to his convertible pant/shorts. Travelers note: these are a great buy. After properly suiting up we got into the relatively short line. This is were we noticed that pants are actually not a requirement, only covering the knees, so you can simply sag you shorts if you forget to bring pants and this seems to suffice? After experiencing many many other basilicas and equivalent places of worship we had high expectations for St Peters and it did not disappoint. Laced with elaborate paintings, lifelike sculptures and decked out in marble and gold it surpassed all the others except maybe Sagrada Familia in Barcelona. 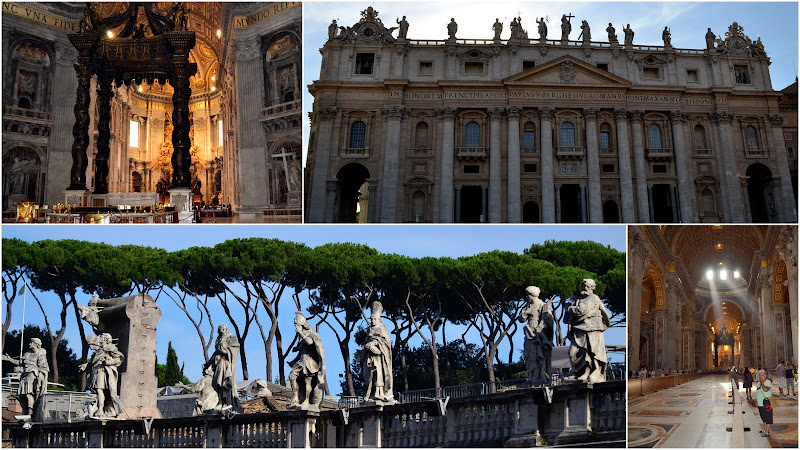 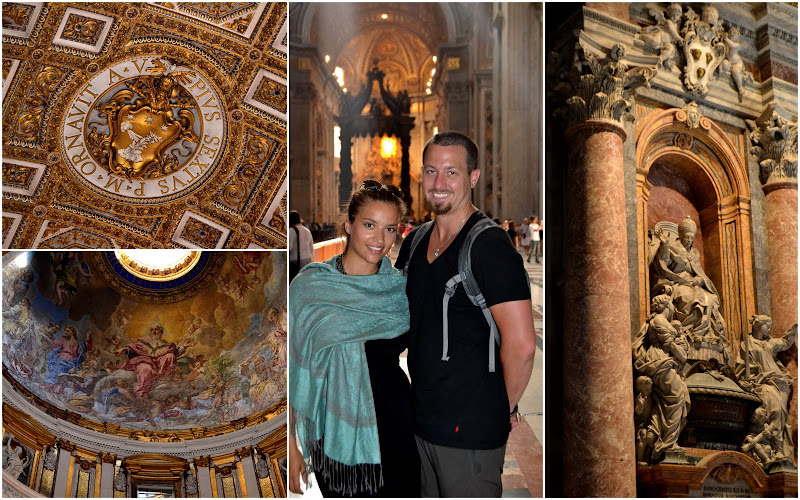 Another site we captured many times over, from the bus, from the ground, in daylight and at night, was this monument to Vittorio Emanuel II. Easily one of the most impressive structures we have seen on the trip. VEII was the first unified king of Italy. This massive building serves no purpose other than as an homage to said dead guy. Considering George Washington’s contributions to liberate and then unify the United States, his obelisk is looking a little shabby in comparison. 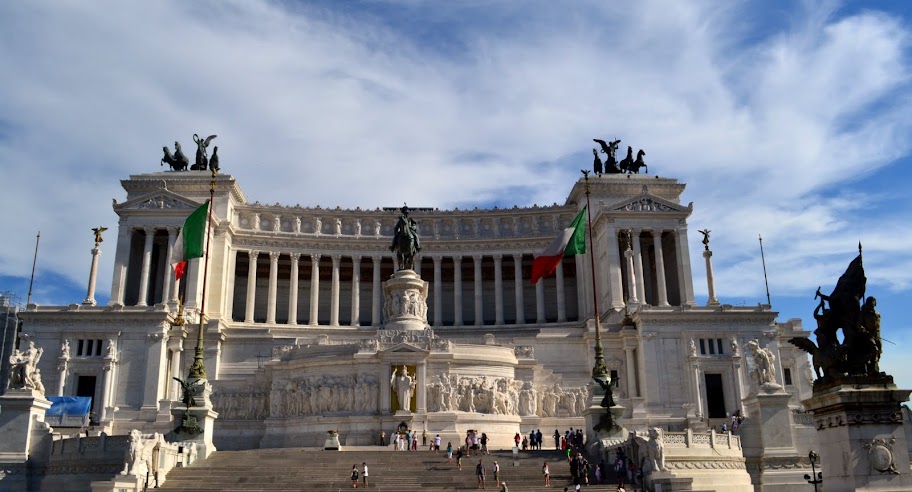 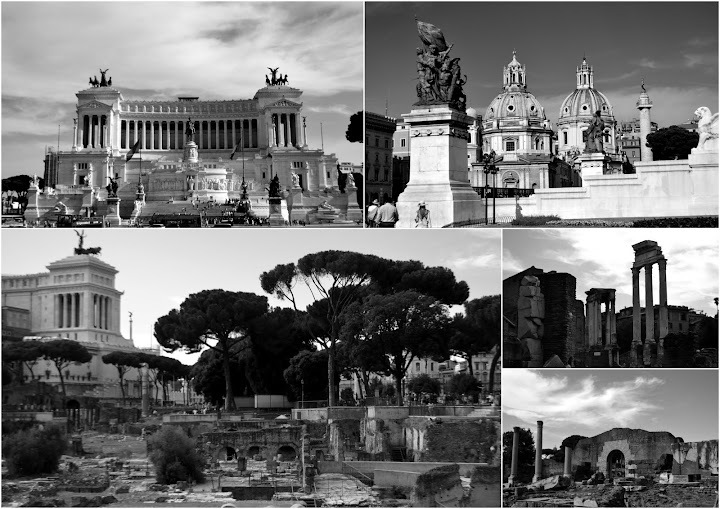 Before we happened upon the monument on the first night, we made the trip to the famous Trevi Fountain – the largest fountain in all of Italy, it is a must see for any trip to Rome. We have seen a lot of beautiful fountains, but this one does hold a particular charm and feels more unique then all the rest. Like many fountains, this fountain has many legends about what it means to throw a coin into its majestic waters. The more traditional legend is that throwing in a coin will ensure a safe return to Rome one day. The more modern definition, that we knew of, was that a coin tossed by your right hand, over your left shoulder, will grant the coin tosser one wish and plenty of lucky. When you arrive on the scene the first thing you notice is that there is a an inordinate number of cops in the area. Could this be because it is night and there are a lot of people crowded into a single space? Nope, it is because people routinely try to fish the lucky coins out of the fountain. It is reported that visitors toss 3,000 euros per day or close to a million per year in this baby, so a quick dip could return a couple of days worth of booze, drugs or food to the would-be robber. Make sense as we showed up with only 1 and 2 whole euro coins and thus pumped 5 bucks into the thing ourselves. 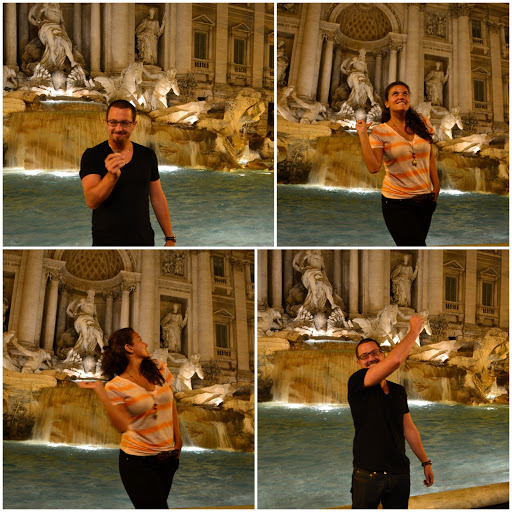 On our third night, we took it relatively lax after a frustrating day on the bus and a lot of walking. We returned to a cafe we had enjoyed for lunch the day prior and happened upon a couple guys who were also on an extended trip of Europe. After noticing they were of the English-speaking elk, we proceeded to swap stories of our adventures and discuss some of the finer merits of extended travel. They were on a 6 week holiday from jobs back in Michigan. It is always great to meet new people as we travel and share experiences.

We enjoyed Rome, but Naples was calling and thus we boarded the train again and made the short journey south. Best described as a bustling city with a plethora of character, but not a whole lot of pride in keeping it clean. Naples is said to be a “real” Italian city, as in it more closely resembles the vast parts of Italy that are not tourist destinations. This comment makes little sense to us after trekking down the entire western seaboard, but we are tourists after all. 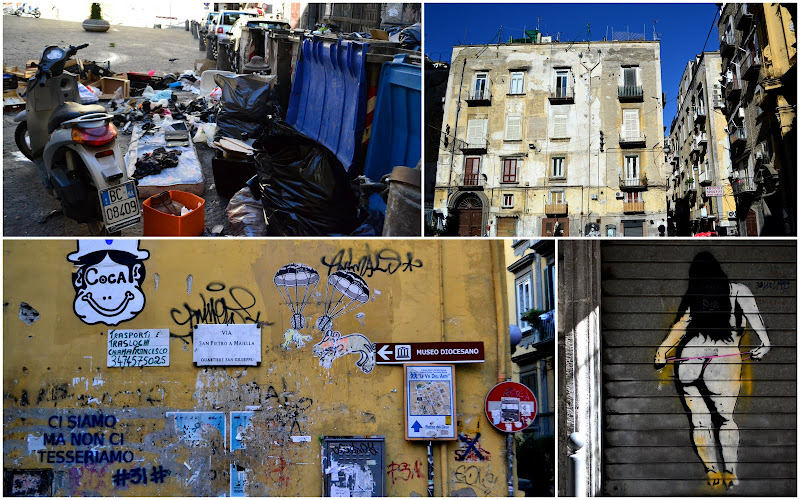 Since we were using Naples as a staging point for our invasion of southern Italy (Amalfi Coast), the only goal we had for our singular day there was to do a stroll through the historic center and get some pizza. Naples is the center of the Italian pizza scene and there are a couple of world-renowned spots – we opted for Di Matteo which is either one or two on most lists. This place was not what one would expect. We were thinking massive joint like Lombardi’s in NY, but instead we almost walked past the place because it was so small. Regardless of size, the pizza packed a punch and was easily the best we had in Italy. The difference was the dough – it was almost elastic, kinda like Indian nan bread. 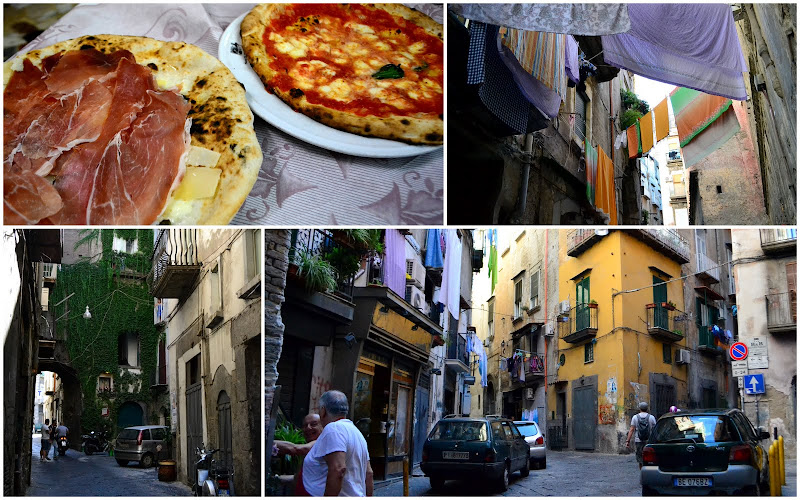 Our tour through Italy doesn’t stop in Naples, so stayed tuned for Part 4 on Sorrento and the Amalfi Coast!!