After our long week at sea we found ourselves at a crossroads. We were awaiting some information from back home that would determine if we continued heading east to Southeast Asia or doubled back through Europe.

It seems crazy to write, but it felt like the right time for a break from travel anyways. Doubtful it was the week sitting on the boat that put us over the edge, more likely it was that we never fully recovered from our night sleeping in the airport 😉 None the less, the plan was to sit in Split until we could get some information early the following week.

If you have traveled in Italy, you can piece together a picture of the historic district of Split. It is part Venice, part Florence and part Rome. With Venice it shares the maze-like pattern of narrow streets and its proximity to the water. With Florence the grand piazzas lined with cafes and restaurants. With Rome the historical context and visible aqueducts. Split has all the great parts of Italy and it’s on the crystal clear waters of the Adriatic. Not a bad place to hang out for a couple days. 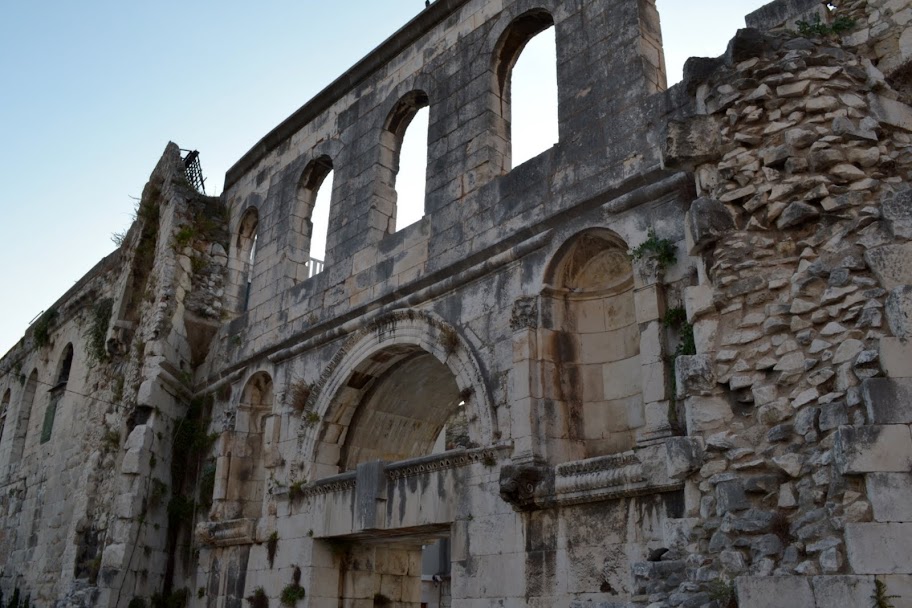 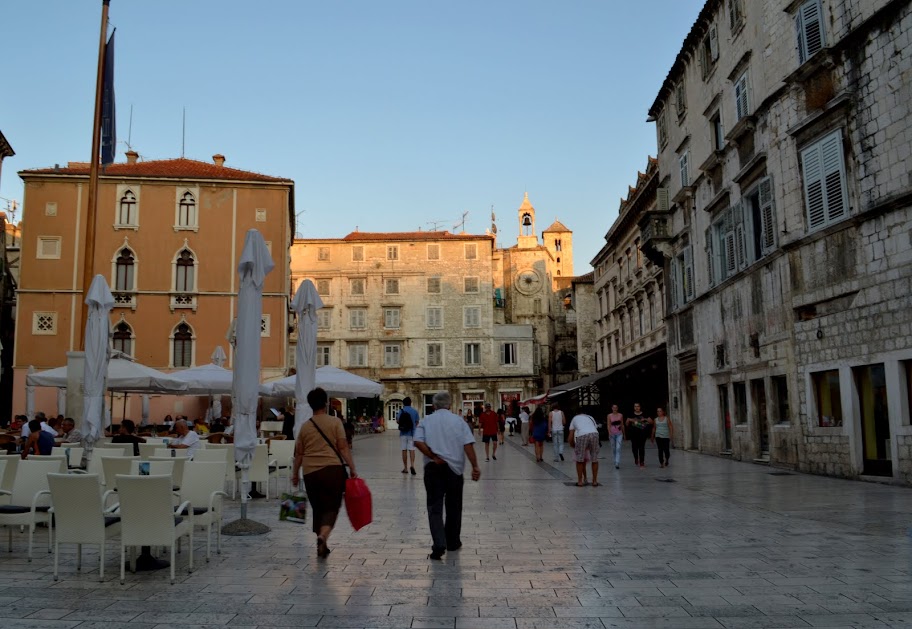 The first night we agreed to meet up once again with Digby and Leonie from the ship for one last dinner at a spot called Fife. The dinner was great and best of all it was a sixth of the price we paid for dinner when we ate together in Hvar. So good we went back a couple night later. 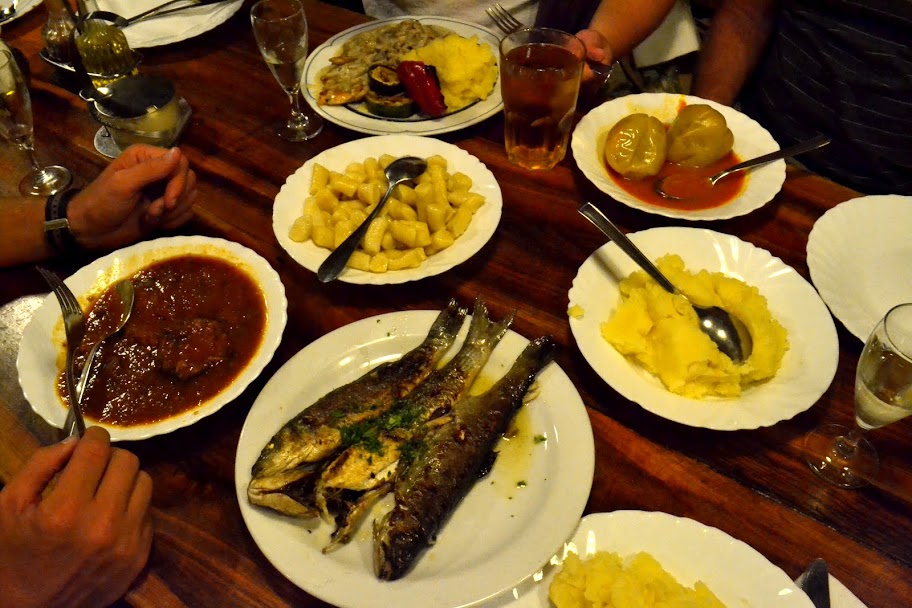 Outside of walking the historical part of the city and dinner with our new friends, we essentially spent the days hanging out in the apartment. This was made a lot easier because the apartment was equipped with some bombdigity cable – it had at least ten US channels. Most importantly it had ESPN, so Chris could watch his first live broadcasts of the NFL this season!

While the apartment came with bonus cable it did not have wifi as advertised. No problemo though as it was free at a number of the outdoor cafes. One night we even got the pleasure of narrowly escaping one of the craziest changes in weather to date on the trip. Out of nowhere a heavy wind swept through our quaint little piazza and annihilated the outdoor seating and guest drinks.

First went the stemware for anyone drinking wine – full or not they were toast on the first gust. Then the second gust took out any beer that was not at least half full or secured in your hand. Smash, smash, smash. If you defended your coffee mug the next thing you knew you lost your saucer. Smash. All you could hear was glasses and plates smashing on the ground. Felt like a Greek restaurant or something.

Through all of this carnage we held tight as we were done with our drinks and it was not raining as of yet, besides we were under an umbrella. Then an ominous cloud settled over and the wind intesified yet again. The servers scrambled after the first couple plates; first to secure the remaining glassware, but then quickly turning their focus on taking down the umbrellas. Apparently, they had seen this show before. Sure enough, as the wind picked up one more notch, the umbrellas proved to be no match. They started tumbling on top of us from every direction. No joke, Val almost took one to the cranium and it was at this point we decided to scurry inside with everyone else.

The entire thing unfolded in less the twenty seconds – it was quite the experience. Surprised they don’t serve you in plastic. Neven had warned us that the Croatian coast was no place to be in the winter because of the heavy winds – guess he wasn’t joking.

Monday rolled around on us and we still had no direction as to where to go. We were however able to figure out that flying into London cost us next to little as the flights east and then back west were as cheap as flying directly from Croatia into Southeast Asia. So the next stop was London – back to the big city life!

p.s. Chris is now rocking a teeny tiny goatee ponytail! The goal is to be able to braid it by the end of the trip! 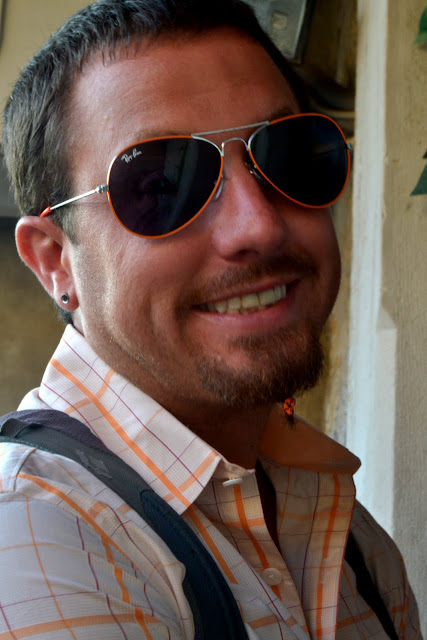