We were both uber excited to get to Singapore. First, being fans of big city life, we wanted to compare and contrast it with New York, London & Paris to see if it was a comparable metropolis. Second, it was a chance to meet up with some friends living in the city or passing through town for business at the same time. 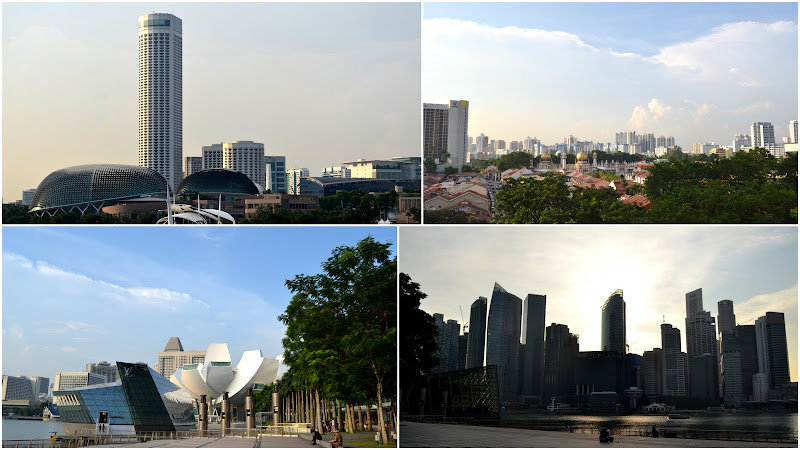 First impressions of the city are that it is not as sterile as people imply it to be. Everyone hears the story about being slaughtered on the spot for spitting your gum on the ground. This of course leaves the impression that the mayor of the city is Mr. Clean and that he sends out his Spic ‘n Span troopers every day to keep the sidewalks so sparkling clean you can eat off of them.

While the sidewalks are gum free and the buildings are clean, the impression we got is that while you do get ticketed for littering and the shopkeepers are diligent about keeping their areas clean, it’s mostly because the majority of the city was built in the last couple of decades and everything still looks very ‘new’. Another factor adding to Singapore’s clean image is the car situation. Vehicle ownership is restricted by levying massive fees for owning a car and driving said car around town. This leads to all the cars being essentially brand new as it makes little sense to pay $40k a year for the right to drive around a 10 year old car. Everything considered, the city looks like a polished up version of New York.

As with many stops on our trip, we lucked out with the weather and it was not melt-your-face hot. We stayed at a hotel just across from Arab street, so we had our favorite cuisine (Mediterranean) right under our noses. We were on Beach Rd. for most of our stay and from the hotel we had a fabulous view of the luscious concrete below. This is because as Singapore has developed, they have dumped the excavated land from the inner city construction projects into the ocean and continually pushed out the “beach” to have more space.

One thing this practice does is allows for a killer skyline – likely the best we have experienced on the trip. Here is the view from the Vegas-esque mega resort, The Marina Bay Sands…. 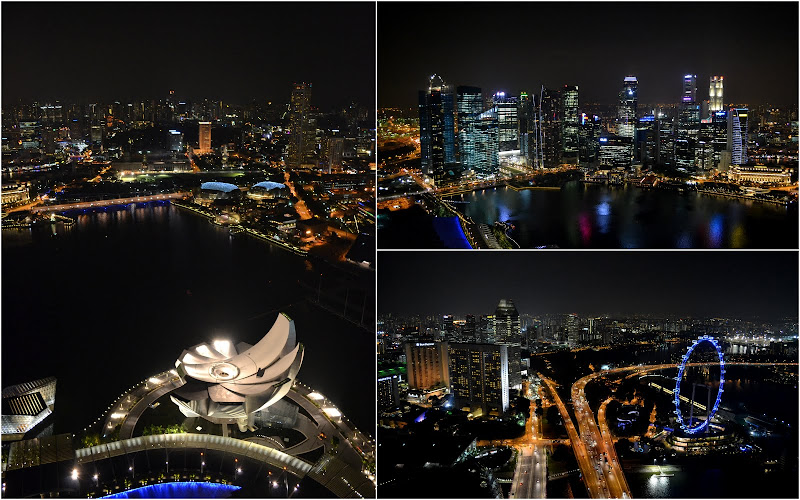 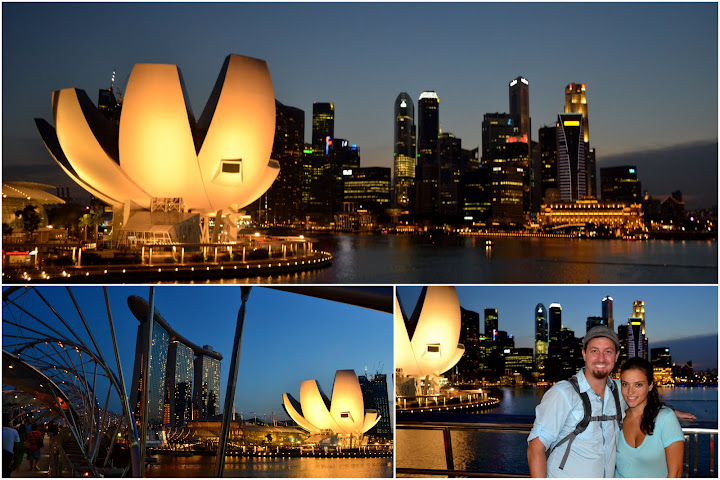 That hotel and the surrounding bay area is where we spent the majority of our time. As for the other attractions one may do in a typical Singapore visit, we don’t give them very high marks. Orchard Road is just like Fifth Avenue and as such, our income falls short by multiple decimal places to really enjoy it. The Chinatown markets were nothing special. We didn’t get a chance to check out the Botanical Gardens, but we heard they were really beautiful.

One of the more pleasurable experiences we had outside of the Marina Bay Sands area was a trip to Dempsey Hill. Located a bit outside of the central business district, it is worth the taxi or bus ride to have a meal in this cool collection of shops and restaurants. We went up there with some Canadian friends who have been on an ex-pat contract in the city for the last half year or so and we ate some great Mexican. Yes, there is some irony in meeting two other North Americans half way around the world and eating Mexican, that is not lost on us, but that is just one of the advantages of the big city – you can eat what you want and we were craving some guacamole and tacos.

Back to the Marina Bay Sands – it is made up of three towers and has a mall with a wide array of ritzy boutiques, art galleries, a collection of high end restaurants and a casino. We didn’t do any shopping there either, but this is where Chris ran into the now infamous DB Burger and we tried our luck at the casino (and lost). 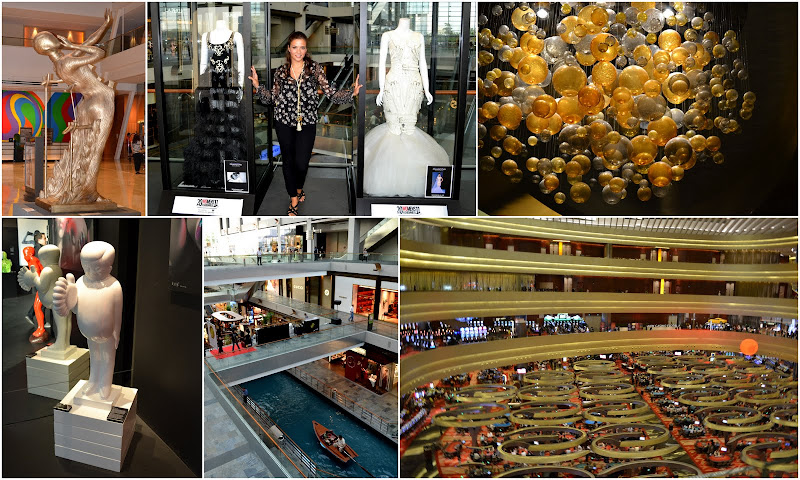 The highlight of the trip was dining at Waku Ghin, in which our taste buds were tickled with ten courses of world class cuisine. The experience would not have been the same though if it weren’t shared with great friends. It would be futile to try to describe the dishes, so we will let Val’s new found penchant for being the guy/gal who photographs her food do the talking. 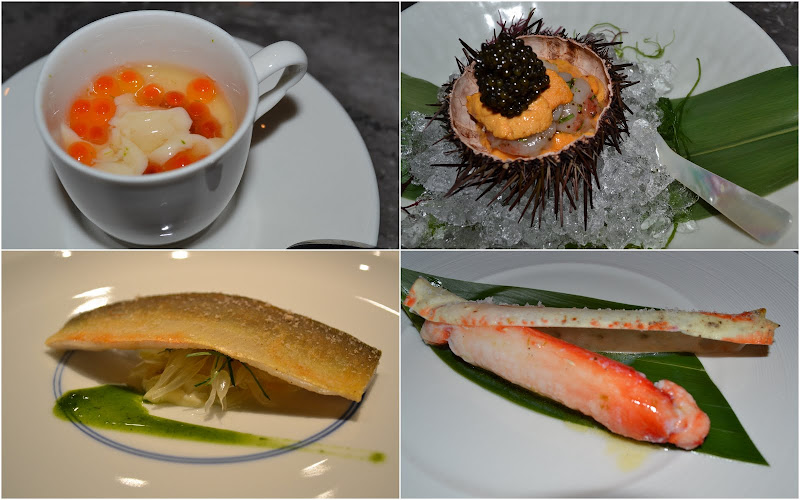 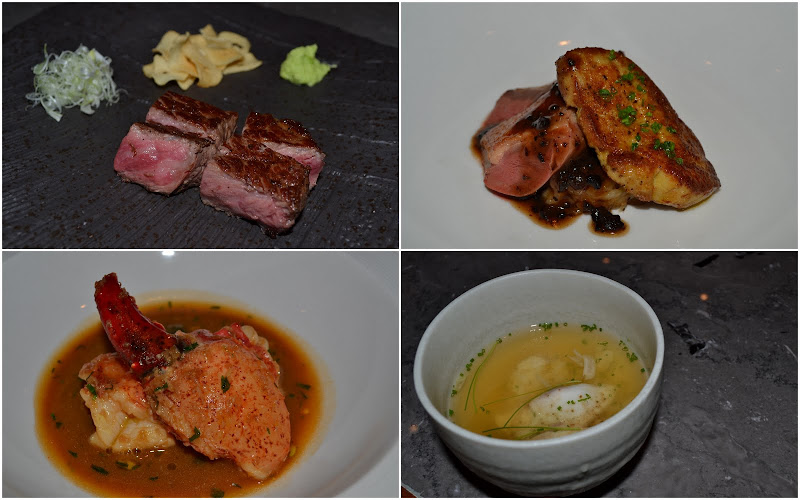 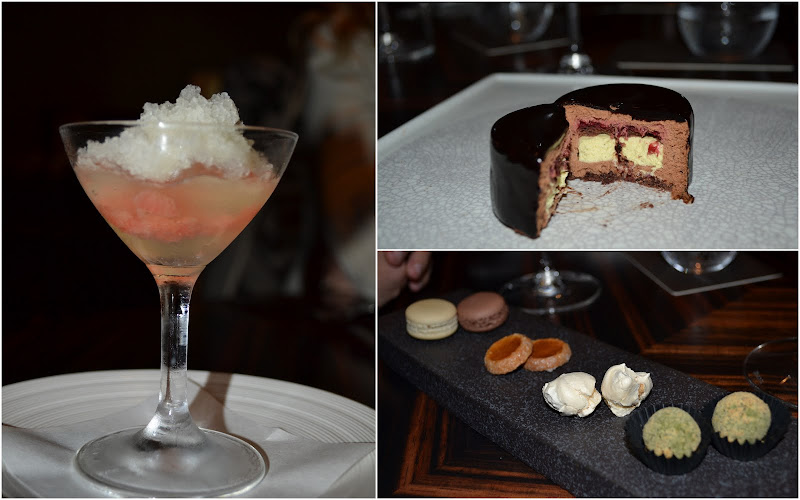 Tour of the Wine Cellar/Closet – that’s a $30K bottle of Petrus! 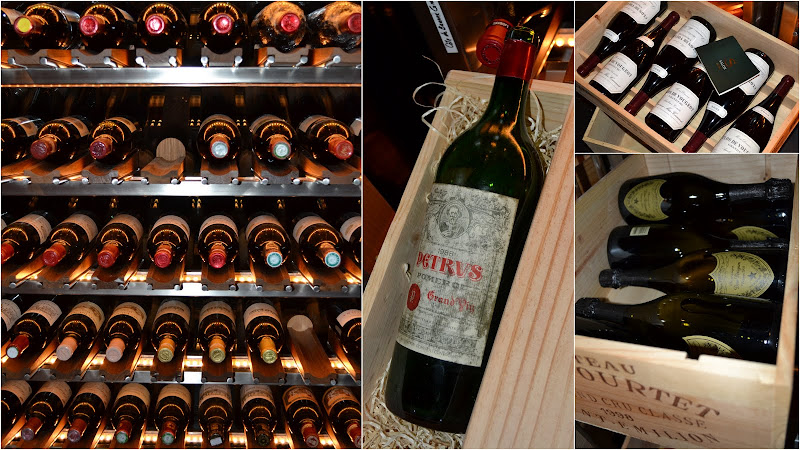 Last but not least, the crown jewel of the Marina Bay Sands is their rooftop deck. The views are ridiculous and the infinity pool is downright incredible!! 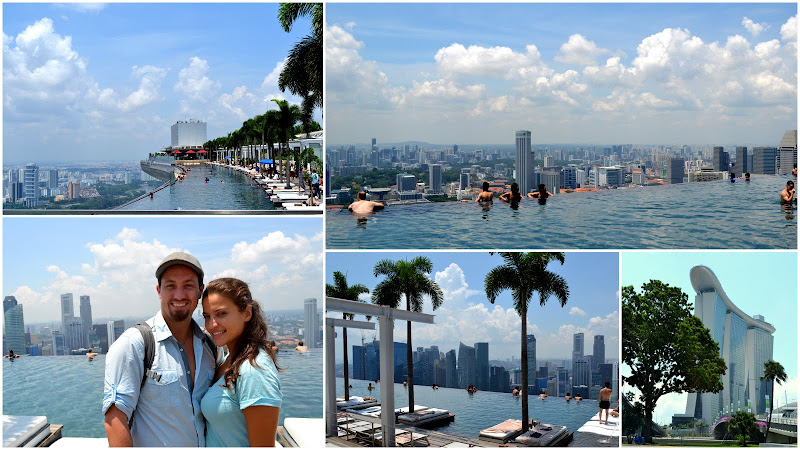 Next stop on the trip….was home – two weeks in Atlanta, one week in New York, and one week in L.A……next post though will be us resuming the trip in New Zealand.