There have been many destinations on the trip where people have said we will go and not wish to return. New Zealand was one of those places and the saying proved true. We had 10 full days to explore the country and while we feel we are just a smidgen too “big city” peeps to call NZ home, we could certainly see the appeal of living there and wish we’d had more time to see all the country had to offer.

Our first stop was the modern seaside city of Auckland. The most populous city in NZ, it is located in the north of the North Island. We found the most endearing part of the city to be the marina. In addition to being filled with a plethora of sailboats and yachts, there are also lots of great restaurants and cafes and some very expensive looking condos. It was here that we first encountered the color ‘New Zealand Blue’, which is the only way to properly capture the hue of the coastal waters. Crayola crayon coming to boxes everywhere next year. 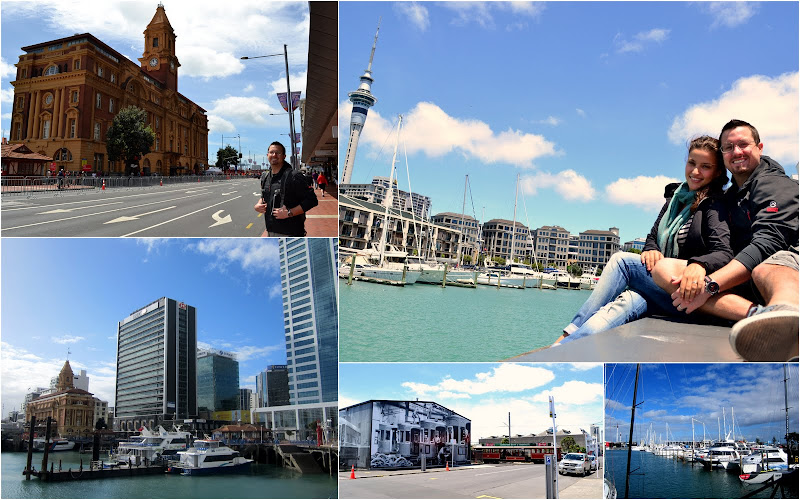 As luck would have it, there was a triathlon taking place the Sunday we were in town. Chris, having once taken on the ass-kicking challenge of a marathon, was really able to appreciate these super athletes in action completing an even more daunting task. Of course the town was set up to host the event and was alive with many supporters. Throw on top a free sausage roll that we scored from a charity vending stand and it was a great day!

The second stop for us was the city of Wellington, the capital of New Zealand, located in the south of North Island. You can take a short flight down or opt for a full days ride on a scenic train – The Overlander. We opted for the latter and feel the gorgeous views were well worth the investment of our time. We also overheard a couple on the train talking about how it is so windy in Wellington that planes sometimes have to be diverted to an airfield a couple of hours away by bus. Better yet, some even have to fly all the way back to Auckland. How much would that suck?! “This is your captain speaking, after boarding, taxi, takeoff and hours of flight, we are now approaching the exact spot we took off from.” 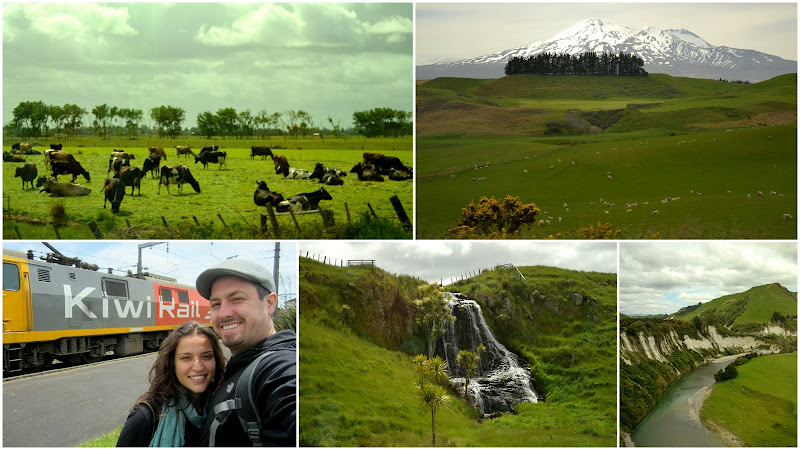 As for Wellington, we unfortunately can’t tell you much. We had one night and a half day to explore the city and it was raining the entire time. Much like the gremlins, we prefer to stay out of the rain. As such, the extent of our exploration was down the street to the pub for meals and McDonald’s for free wi-fi. Don’t think we missed much though, Wellington was typically described to us as a connection point to South Island and not a destination city per se.

Next stop is Christchurch on the South Island!!

Travelers Note: Use of the internet in both New Zealand and Australia is a complete pain in the arse and rip-off. The Kiwi’s and Aussie’s must not have participated in the fiber optic binge surrounding the internet bubble, as these bastards nickel and dime you for every megabyte you want to consume as if they sourced it by hand, delivering it from the mother ship. The real lesson here is load up your devices with movies, music, and books before you get to the Pacific.