One of the best decisions we made was to take a sightseeing bus around Madrid, it allowed us to get a good lay of the land and see all of the points of interest both new and old. Much like the buses in NY, you can get on and off at whichever stops pique your interest and they run in short intervals which means you don’t waste a lot of the day waiting for the next bus. 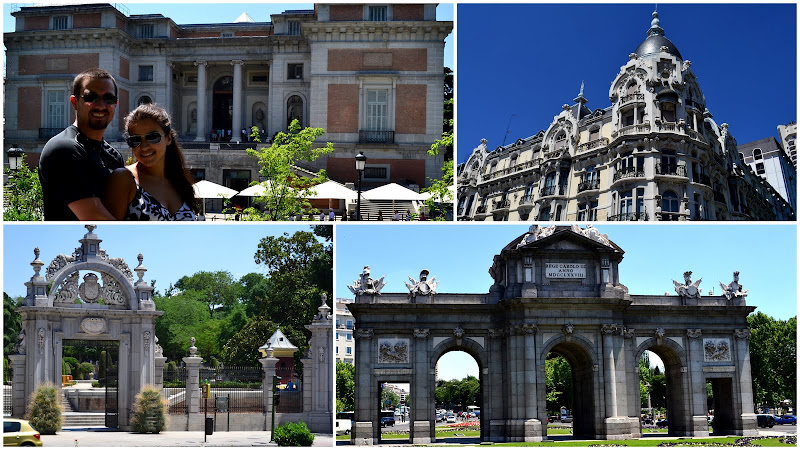 A couple of our favorite sights include the old post office, which now serves as city hall. The structure is extremely ornate and at first we thought it was the royal palace, but not so. Why are post offices always in such nice buildings? They claim to be going broke all the time, yet they have the nicest real estate…go figure! 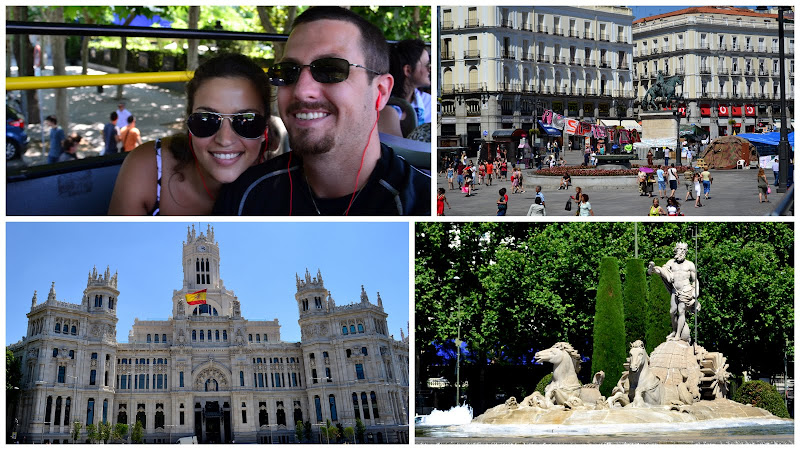 The plaza mayor in the old center is pretty hoppin’ – the first night it had a bunch of vendors in the center selling street food, tchotchkis, and a bunch of other delicious-smelling and surely not good for you types of food. On a daily basis it acts as a central hub for the surrounding commercial activity and houses many restaurants, artists, and street performers. One of the more unique performers cut the back out of a stroller, dressed up like a big clown baby and would cry annoyingly while shaking his rattle as tourists walked by. 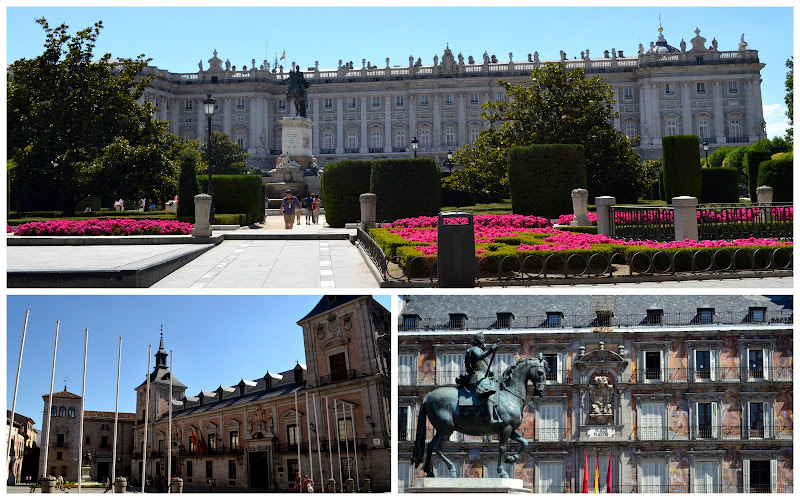 In addition to the Prado museum, we also checked out the museum of natural science and the Reina Sofia. Our Scout leader has informed us that we’ve earned our museum merit badge by now, but we’re starting to question whether or not we are museum people. The natural sciences museum should have been called the museum of taxidermy as opposed to one of the most important natural sciences museums in all of Europe as the sightseeing bus claimed. The Reina Sofia had a couple of interesting pieces in it, such as Guernica by Picasso and several Salvador Dali’s, but for the most part most of the work looked as if it transplanted directly from the halls outside of Mrs. Nichols 3rd grade classroom.  Including an entire wing dedicated to what appeared to be computer generate work.  Someone please enlighten us as to how drawing (or printing) a few straight lines on a piece of blank canvas constitutes as art. 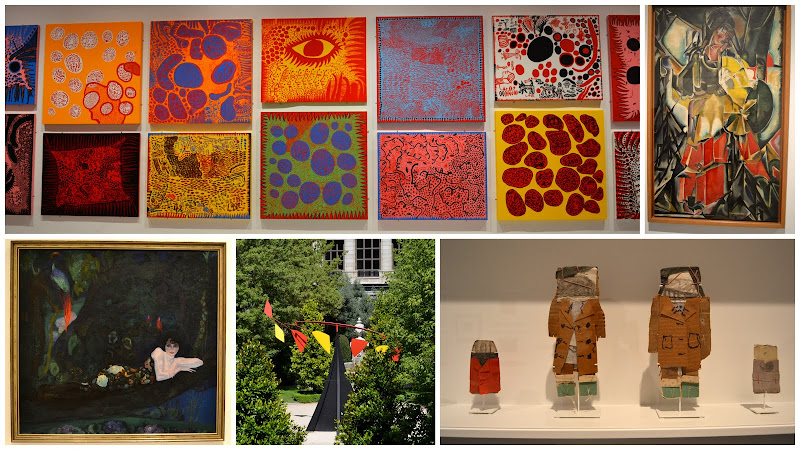 On to the food! Day one, we ate lunch at a cafe across from the Reina Sofia and ordered a 2 course lunch special for 14€. The first course was a huge plate of paella that could have fed 4 easily – needless to say we barely made a dent in the second course which was a 8 oz steak frites dish. Contrast that with our last night when we ate at a small neighborhood restaurant a few blocks from our hotel. We ordered beef stroganoff for 24€ and a half portion of meatballs for 10€. For that lofty price, we got three small meatballs and our stroganoff was served in a dish the size of a saucer plate. While it was tasty, it left us confused how a restaurant like that, in a predominantly residential neighborhood, could charge those prices and have locals coming back for more. A real head scratcher. On one of the other nights, we thought it would be fun to taste all the different fares at the Mercado de San Miguel. Imagine a big hall with lots of different vendors offering everything from sushi to oysters and tapas to caviar. Nothing really caught our eye as we have seen all they had to offer before so we chose instead to wander the streets until we stumbled upon El Botin, which we discovered is the oldest restaurant in the world….or so they claim, and Guinness backs them up! 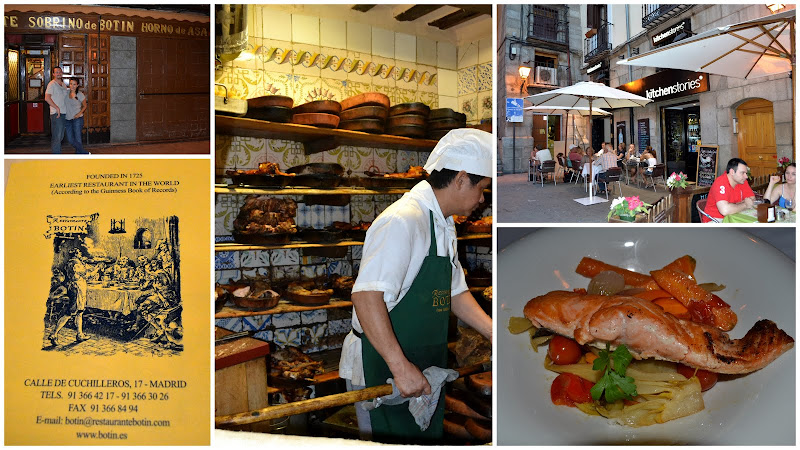 Lastly, we’ll leave you with a fun sangria recipe we picked up compliments of the barkeep at Kitchen Stories. Start wth a huge wine goblet, add ice, 2 tablespoons of brown sugar, a handful of diced oranges, a shot or two of Cointreau, fill to ¾ with red wine of choice, then top off with equal parts orange soda and lime soda. Stir aggressively and enjoy!